The Los Angeles Dodgers completed a four-game sweep of the Cincinnati Reds with a 9-1 victory. Freddie Freeman had four hits and three RBIs, while Andrew Heaney struck out 11 over six innings of one-hit ball in a scoreless home debut for the Dodgers.

Freddie Freeman had four hits and three RBIs, Andrew Heaney struck out 11 over six innings of one-hit ball in a scoreless home debut for the Dodgers, and Los Angeles completed a four-game sweep of the Cincinnati Reds with a 9-1 victory Sunday.

Max Muncy, Will Smith and Chris Taylor had RBI doubles during a seven-run fourth on another dominant day for Los Angeles, which has won six straight.

Freeman warmed up for the Atlanta Braves' arrival in Chavez Ravine on Monday with a pair of run-scoring singles for the Dodgers, who hadn’t swept the Reds in a four-game home series since April 14-17, 1975 — exactly 47 years ago.

Tyler Naquin had an RBI single in the eighth for the Reds, who have lost six in a row to start the season at an NL-worst 2-8.

Heaney (1-0) largely dominated Cincinnati, posting his 15th career start with at least 10 strikeouts. He walked three and allowed only a third-inning double by Kyle Farmer in his first appearance at Dodger Stadium since moving up the I-5 from Anaheim, where he spent 6 1/2 seasons with the Angels.

After pitching scoreless ball into the fifth at Minnesota in his Dodgers debut last Tuesday, Heaney retired the first seven Reds he faced. After Farmer's hit, Heaney retired 10 of his final 12 batters while again relying on his breaking pitches more frequently than at any previous point in his major league career.

Trea Turner went 0 for 4 with a walk and a run, ending his career-best hitting streak at 27 games dating to last year. The 2021 MLB batting champion, who hit a 105 mph lineout to shortstop in the eighth, failed to get a hit for only the seventh time in 61 games since joining the Dodgers last season. 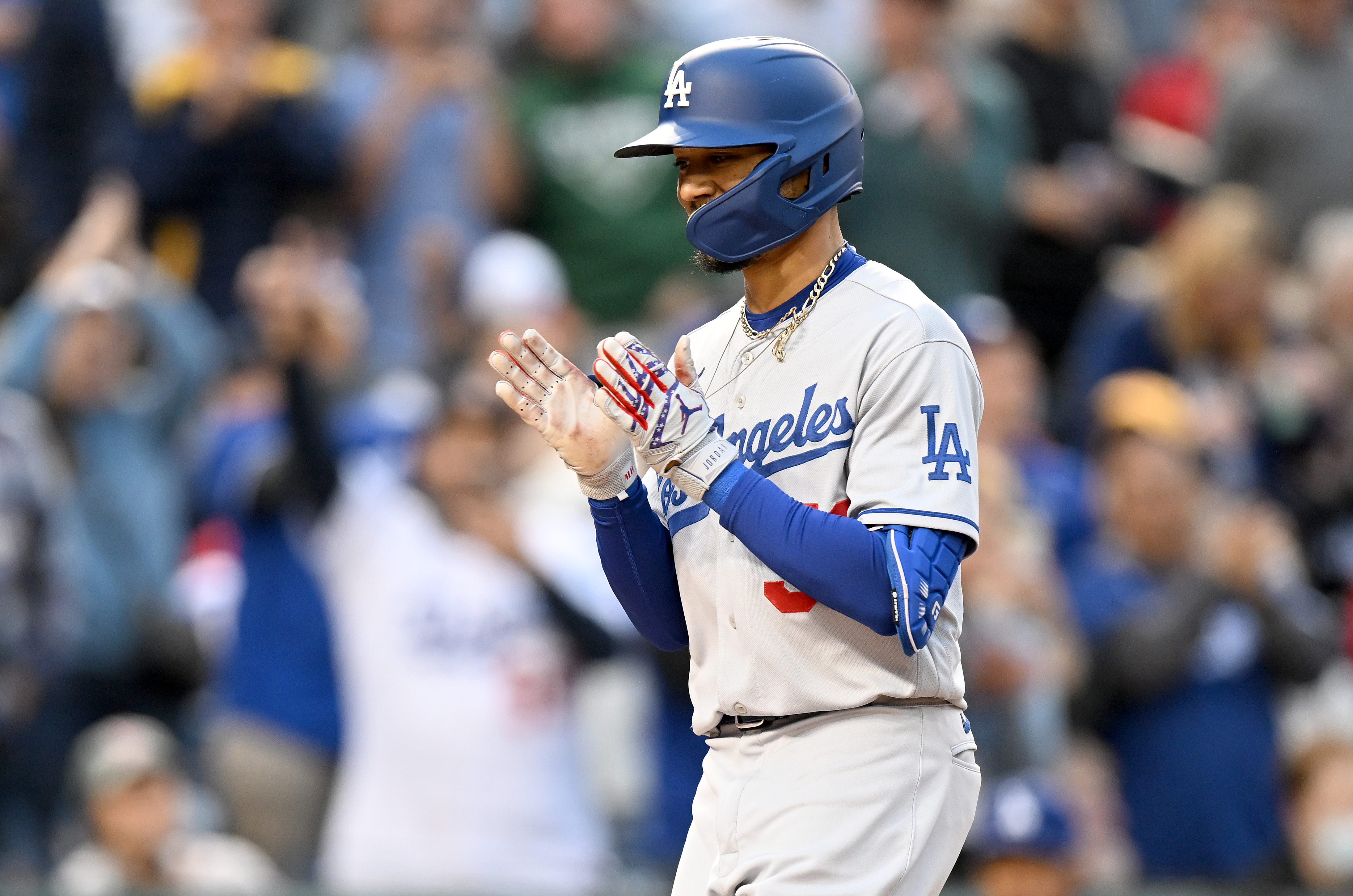 The Orange County native shut down the Dodgers early before five straight batters reached base to open the fourth. Muncy drove home Freeman and Turner before Smith and Taylor added RBI doubles.

Freeman chased Mahle with an RBI single, his second hit of the inning.

Reds: RHP Daniel Duarte went on the 10-day injured list with swelling in his right elbow. He hasn't pitched since giving up two runs to Cleveland last Tuesday.

Dodgers: In the club's first roster moves of the season, RHP Phil Bickford was recalled from Triple-A Oklahoma City. Bickford had arm soreness before spring training and wasn't ready to start the season in the majors. LA optioned LHP Garrett Cleavinger, who made just one appearance.

Reds: Nick Lodolo (0-1, 11.25 ERA) is scheduled to start in San Diego for the opener of a three-game series Monday.

Dodgers: A rematch of the NL Championship Series and a reunion game for Freeman and new Atlanta closer Kenley Jansen when the Braves and Dodgers open a three-game series. Clayton Kershaw (1-0, 0.00 ERA) starts for Los Angeles after throwing seven perfect innings in his season debut.