The Los Angeles Dodgers have won the World Series for the first time since 1988.

Three years ago, the Los Angeles Dodgers watched in agony as the Houston Astros celebrated a championship at Dodger Stadium. A year later, it was the Boston Red Sox celebrating at Chavez Ravine.

Now, deep in the heart of Texas, their time has finally come.

As the Dodgers players poured out of their dugout after the final out was recorded, their fans, who have endured it all over the last 32 years, tossed their hats into the air, without a care in the world. They too felt the same euphoria and ecstasy that the players felt on the field. It was in that perfect simultaneous moment that it hit everyone equally.

They finally did it. The Dodgers finally won a World Series.

In a controversial decision that is usually designed for Dodgers' manager Dave Roberts, Rays' manager Kevin Cash pulled Snell from the game after a one-out single to Austin Barnes. The Tampa Bay front office, worried about Snell facing the Dodgers lineup a third time likely scripted the decision. But for anyone watching the game, it was inexcusable, and it likely cost the Rays a chance at a title.

Mookie Betts immediately hit a double down the left field line, a wild pitch tied the game, and a fielder's choice scored the go-ahead run.

That was it. That was all it took for the Dodgers to exorcise their postseason demons, defeating the Rays, 3-1, and once again becoming World Champions for the first time since 1988.

Instead of Kershaw or Buehler on the mound for Game 6, it was another bullpen game for the Dodgers. For the second time in the series, the Dodgers sent rookie Tony Gonsolin to the mound. And for the second consecutive start, Gonsolin could not escape the second inning; allowing a first inning home run to Randy Arozarena.

The home run was Arozarena's tenth of the 2020 postseason, extending his MLB record for most home runs in a single playoffs.

The home run silenced the 11,437 fans in attendance and Snell kept them muted until Cash came with the hook in the bottom of the sixth.

Meanwhile, Roberts darted and danced his way through some tough pitching decisions of his own.

After Gonsolin, he went to Dylan Floro who retired Arozarena in his second at-bat. After two perfect innings from Alex Wood, Roberts went to maligned reliever Pedro Baez for two quick outs.

Betts added an insurance run in the bottom of the eighth with a solo shot to extend the Dodgers lead.

Then, Mexican relief pitcher Victor Gonzalez got four more outs, striking out three. Brusdar Graterol got the next two, before Game 4 starter Julio Urias entered the game with two outs in the seventh.

Then, just like he did in Game 7 of the NLCS, Roberts let him finish the job. No Jansen, No Kershaw, just "finish your breakfast."

Once the Dodgers realized there were no more mountains to climb, no more adversity to overcome, no more games to be played, they gathered together for a picture on the pitcher's mound, crying tears of joy.

This would be the lasting image of the end of the shortest season in MLB history. One that was cut short by the coronavirus before it could even begin; one that turned into an inter-divisional 60-game sprint with safety measures not seen since 1919.

It finished with a wild, 16-team, month-long postseason that despite all the variables allowing for chaos, ended with the two best teams in baseball battling it out for the Commissioner's Trophy on a neutral field in Arlington, Texas.

Here's what the Dodgers accomplished in 2020: The best record in all of baseball, the best winning percentage in franchise history at .717. They won their eighth consecutive NL West Division title, and seventh World Series title in team history.

Their social media hashtag this entire season has read: LA Together. And that's how they did it, all 40 players on the 40-man roster, with all 28 players on the active World Series roster. With seven different pitchers in the clinching game.

Nothing in the year 2020 has been perfect, a lot of lives have been lost, a lot of societal issues revisited. Nothing was perfect about the 2020 Dodgers season either, including their collapse in Game 4 of the World Series, but in the end, they were the near-perfect champions.

It may not come this year, but hopefully the next time you see the Dodgers will be during their championship parade down Vin Scully Avenue. 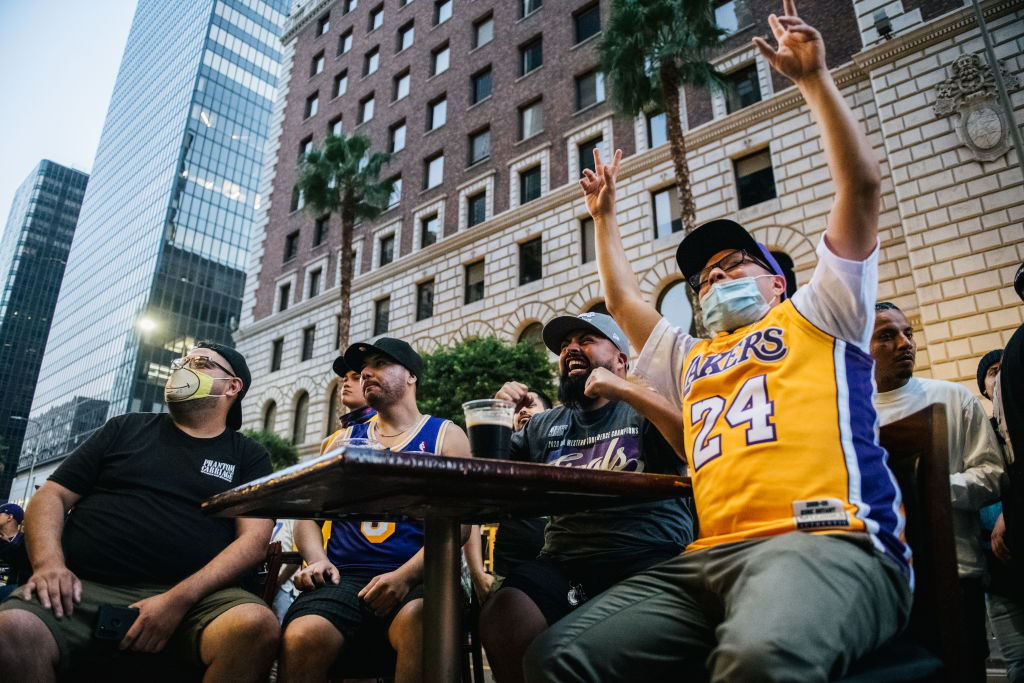