Lakers Even Series With 109-102 Win Over Suns, Anthony Davis Scores 34

Anthony Davis finished with a game-high 34 points in Game 2, and the Lakers evened the series with the Suns, 109-102, on Tuesday night in Phoenix.

After the Los Angeles Lakers lost Game 1 of their best-of-seven first round playoff series to the Phoenix Suns, Anthony Davis took responsibility for the loss.

"This is on me," said Davis who struggled with just 13 points in Game 1. "There's no way we're winning a game, let alone a series if I play this way. This one is on me. I take full responsibility for sure."

And take responsibility he did. Davis finished with a game-high 34 points in Game 2, and the Lakers evened the series with the Suns, 109-102, on Tuesday night in Phoenix.

Davis not only played 40 minutes in the game, he gave the Lakers everything they needed on Tuesday, including a clutch performance down the stretch. Davis took over with three minutes remaining in the fourth quarter, scoring nine points during that span, draining a dagger three-pointer, and hitting six free throws. That performance doesn't even include his suffocating defense, including a block on Suns' big man, DeAndre Ayton.

"I was locked in," said Davis on the broadcast after the game. "My performance on Sunday was terrible. I wanted to make sure I made a statement this game."

In addition to his 34 points, Davis had ten rebounds and seven assists. LeBron James finished with 23 points and nine assists, and knew that Davis would have a big game after he was mostly silent and stoic on Monday and Tuesday before tip-off.

"I had very limited communication with AD these last two days because I've seen his demeanor," said James of Davis. "I knew I needed to give him the ball early, often, and always [in Game2]. He responds to games like Game 1. He's not a guy who talks about it, he is about it."

To James' point, the Lakers did not look like the reigning Champions in Game 1. Their number one ranked defense in the NBA this season looked porous to say the least. They lacked effort and energy on both ends of the floor, and their lackluster shooting from three-point range was embarrassing by even their own standards.

However, their perimeter shooting should still be a cause for concern moving forward. The team shot just 26 percent from beyond the arc in Game 1, and only slightly improved that to 30 percent in Game 2.

But on Tuesday, their three-point shooting woes didn't matter. The Lakers reminded the Suns—and the rest of the teams still standing—that they still are the defending champions, complete with two of the top five players in basketball in James and Davis. Oh, and they also now have two-time All-Star Andre Drummond, runner-up for the 2020 Sixth Man of the Year Award in Dennis Schröder, and former Defensive Player of the Year winner Marc Gasol.

"We're trying to repeat," said Schröder when asked if those three in particular are more hungry to win a title with the Lakers this season. "That's the environment we're in. The Lakers have 17 championships. The championship DNA for all these guys that were here last year, you can feel that. Of course that gives me extra motivation to go out there and compete, but to play with AD, LeBron, and all those guys, that's something special and so we have to make the most of it."

That aforementioned trio was crucial in Game 2 as the Lakers stole home-court advantage from the Suns as the series shifts back to Staples Center in Los Angeles on Thursday.

Schröder had 24 points, Drummond added 15 points and grabbed 12 rebounds, and Gasol drained two threes, two assists, and a steal in 20 minutes off the bench.

"I just tried to be creative getting into the lane and put pressure on the rim," said Schröder. "I think it worked out really well. I was just trying to be aggressive."

The Lakers need no reminders that they are the lower seed in this matchup, and Phoenix posted the second-best record in the NBA this season. They also don't need to hear that no seven-seed in NBA history as ever won the Finals. The team consistently says that this current iteration of the playoffs is going to be an enormous challenge, but it's one they've all accepted and are ready for.

"We're motivated because we're in the postseason again, but we have an opportunity to do something very special," said James of becoming the first team in NBA history to win the championship as a seven-seed. "We look forward to the challenge."

For Phoenix, this loss feels more ominous than simply a single game out of a potential seven. Devin Booker still scored 31 points, and Ayton had 22 points and 10 rebounds. But their future Hall-of-Fame point guard Chris Paul only played 22 minutes, and was mostly missing on the court in the second half.

Paul suffered a right shoulder injury in the second quarter of Game 1, but has hardly looked like the same player that will be an MVP finalist in a few weeks. Paul attempted just five shots in Game 2, and only had five assists.

"Just looking at him hold his arm the way he was holding it, I just couldn't watch him run like that, so I made the decision to take him out," said Suns' head coach Monty Williams about Paul. "

For most of the second half, cameras caught Paul on the bench wearing a sweatshirt with something wrapped around his right shoulder. During the game, Paul had tape on the shoulder and on his upper right arm.

"It's pretty obvious he's not able to make the passes he wants. He was laboring tonight, and you could see his arm was bothering him," said Williams. "We're hopeful that it will get better over the next 48 hours."

After the final buzzer sounded, the Lakers were back to business. Sure, they talked about their increased energy and effort in Game 2, but they reminded everyone that it's only one game, and they still have a lot of work left to do.

"I'm someone that stays even-keeled," said James after the victory. "I've been through so many battles in the postseason, so every experience I have, I just give it to him [Anthony Davis]. The message is to stay even-keeled and keep a level-head. You wait for the next opportunity and you stay in the moment and take advantage of it. I have the blueprint, so I just give it all to AD."

Despite their tempered excitement, the Lakers reminded the rest of the Western Conference that their still the champs. Game 3 is Thursday night at 7:00PM at Staples Center. 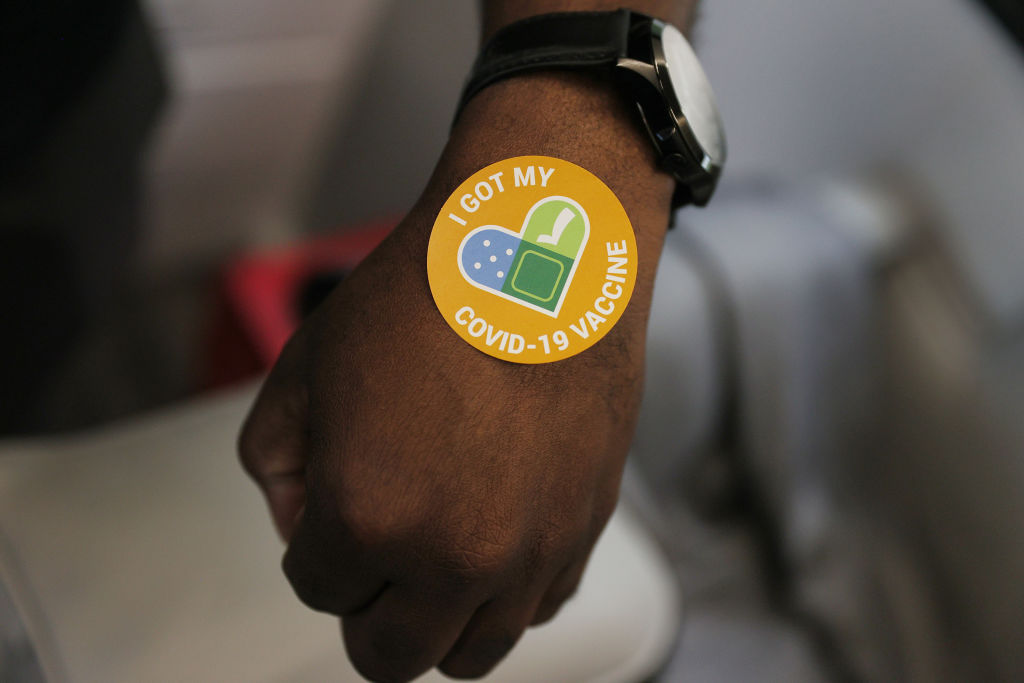 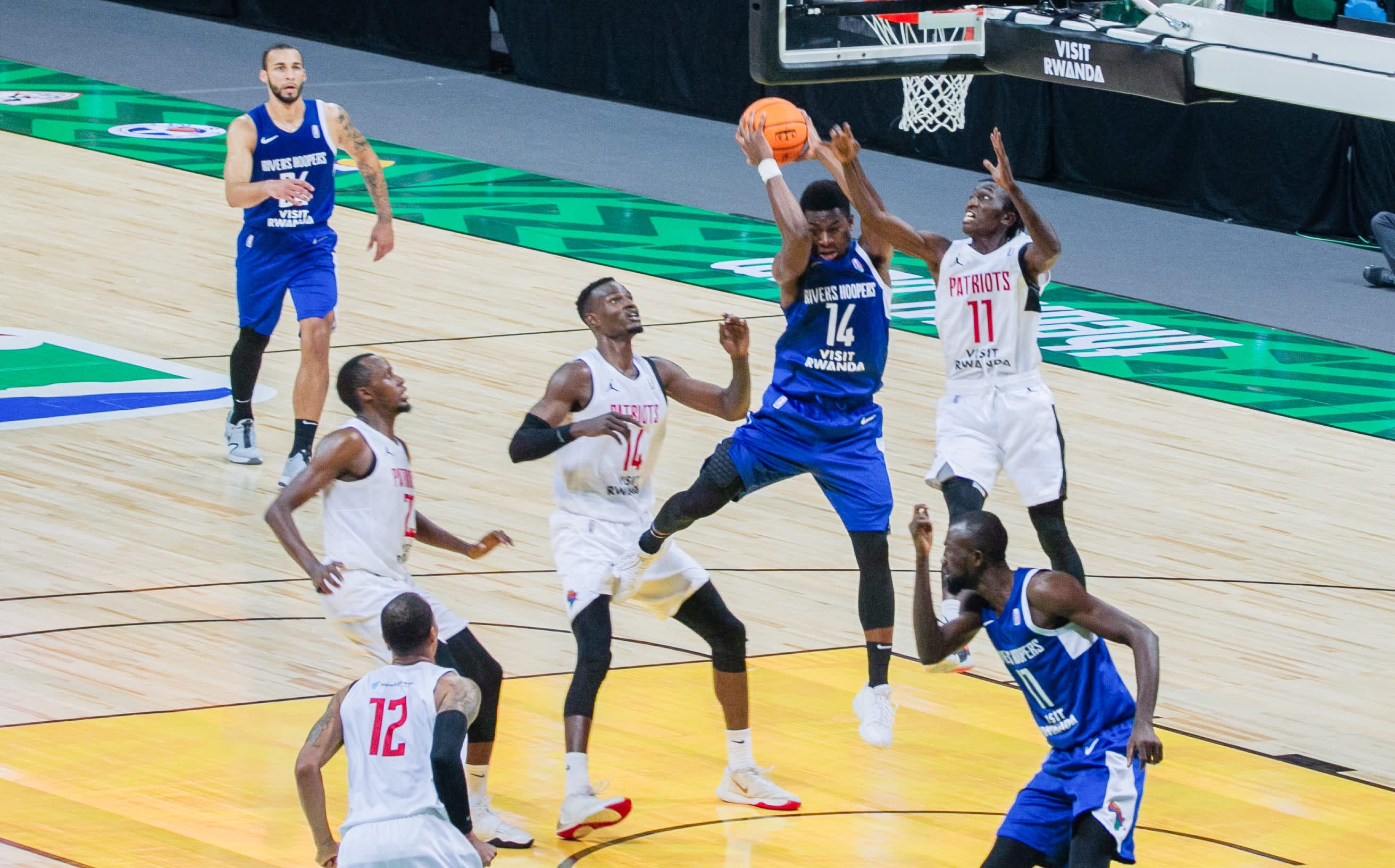