An elegant dinner is planned for the historic eatery's century-plus-nine celebration.

When you think of Cole's French Dip, you likely think of fancy French Dips, which makes total sense, since over two thirds of the restaurant's name happens to be "French Dip."

And when you think of fancy French Dips, you likely ponder how the hearty, oh-so-moist sandwiches have famously been around for more than a century.

And then you likely wonder how long the downtown eatery has been around, seeing as how it is one of the go-to historic spots for a French Dip-centered meal.

The answer? The charming, neon-sign'd eatery at 118 E. 6th St. is turning 109 years old, and while you will not be tasked with figuring out how many French Dips have been served within its walls over nearly eleven decades, you should determine if you can attend the very special, very savory, Old-Fashioned-tastic 109th birthday party that'll revel at the restaurant on Friday, Nov. 10. 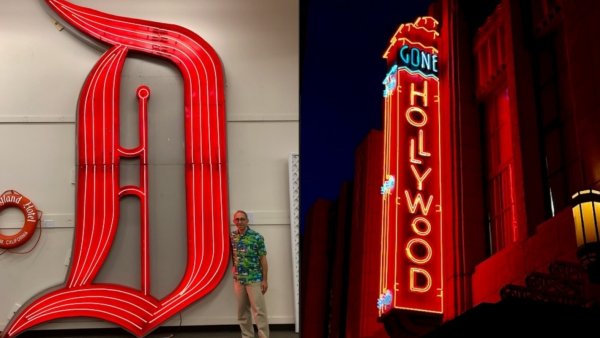 Museum of Neon Art 3 hours ago

What's the Buzz? ‘Disney Neon' to Shine via a Virtual Event

The Cole's 109th Anniversary Celebration, which will be helmed by Chef Neal Fraser of Redbird and Chef Christian Page of Cassell's, will include as many fun touches as a French Dip has bites. (Assuming you don't gobble your French Dip all at once, but, if you do, we get it.)

Live jazz, a best-dressed contest (the prize is dinner for two at Cole's and a quartet of cocktail tokens from The Varnish), and the making of the World's Largest Old-Fashioned, "...which will be the size of 109 standard Old Fashioned cocktails," are all on the evening's itinerary.

Penny Pound ice, which makes stylish sips even more haute (and cold), will be the clinking around in the mega libation, if you're the sort of bon vivant who likes to know what exactly keeps your drinks chilled.

The cost is $70 and includes French Dips (of course), salmon and lamb, some savory sides, two on-the-house cocktails, and pie, because pie and Cole's go together like a chewy slice of bread and a ladling of au jus.

Is Cole's one of your local classics? Wish it well on its 109th, and fill your tum, and hear some jazz, and get a bit dressy. But first, look here for reservation details.