Jake's, a 1947 Burger Classic, Is Grilling Again in Old Pasadena

Swinging by Jake's for a two-patty burger after a big game at the Rose Bowl? Stopping for a still-sizzling hot dog after watching the Doo Dah Parade, the sort of frankfurter that rocks that straight-from-the-grill flavor and super-duper snap?

Or grabbing a quick order of fries as you make your way to a Colorado Boulevard-adjacent park, museum, or movie theater?

The small and retro-fied restaurant at the heart of Old Pasadena, the one with the stools at the counter and boulevard-close outdoor seating area, has long kept Pasadenans and everyone calling upon the Crown City in awesome, old-school burgers, hot dogs, and onion rings, too.

But when it shuttered in 2015, fans of the bastion of burgers 'n more, which also gained fame as a places to play billiards, wondered if Jake's could ever jumpstart its well-earned, vintage-venerable moxie again.

And so it has.

Jake's Trustworthy Burgers & Beers recently reopened in its original spot, with Chipper Pastron, who revived the restaurant in 1992, at the hamburger-happy helm.

On the straightforward menu, which is all about dependable diner fare done well? 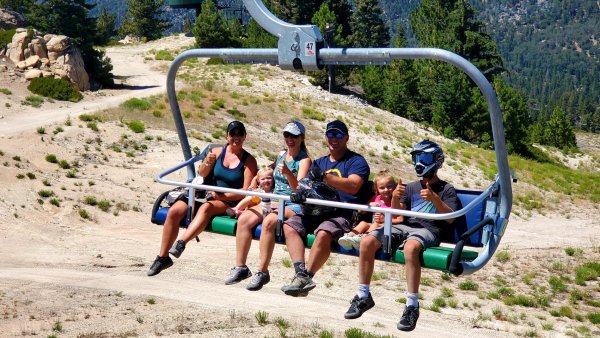 Look for the Classic 1947 Burger, which includes a pair of all-beef patties, house-made pickles, cheddar cheese (it's "mild"), that tangy Jake's sauce, and the essential grilled onions.

Something Jake's supporters will recognize from bygone visits? The "flat-top, griddle-cooked" character of the burgers, which give them a distinctive character, bite, and fragrant flair.

Mr. Pastron provided a few more cuisine-cool clues as to what guests can expect on the menu.

Hand-cut French fries are also a choice, as is the Buttermilk fried chicken sandwich. Look also for beers straight from the Trustworthy Brewing Company in Burbank, which is also overseen by the Jake's team (there are a dozen craft beers on tap).

You also pick up a four-pack to go.

The petite and panache-filled structure, which has that distinctive triangular-facing front and a patio that sits at the entrance of Mills Place, one of the Old Pasadena's iconic, pedestrian-walkable alleyways?

It's still the same, if you're looking for yet another throughline to connect you to satisfying visits of the past.

For the menu, photos, and more from the revival of a decades-old hangout, find a stool at the counter, snack on a fry or two, and read more now.