Temperatures shattered record highs Tuesday and extreme heat is in the forecast for the rest of the week.

Temperatures topped out Wednesday on Day 5 of Southern California’s summer heat wave, but the region will continue to see extremely warm weather Wednesday when more storms are possible in inland areas.

Temperatures will decline slightly Wednesday, remaining in the 90s and 100s in several communities. An excessive heat warning, which has been extended since it was first issued last week, will be in force until 9 p.m. Thursday in the San Fernando, Santa Clarita, San Gabriel and Antelope valleys, as well as the San Gabriel and Santa Monica mountains.

"We are over the hump of the hot temperatures, but we'll have to continue over the next few days to take those heat precautions," NBC4 forecaster Belen De Leon said. 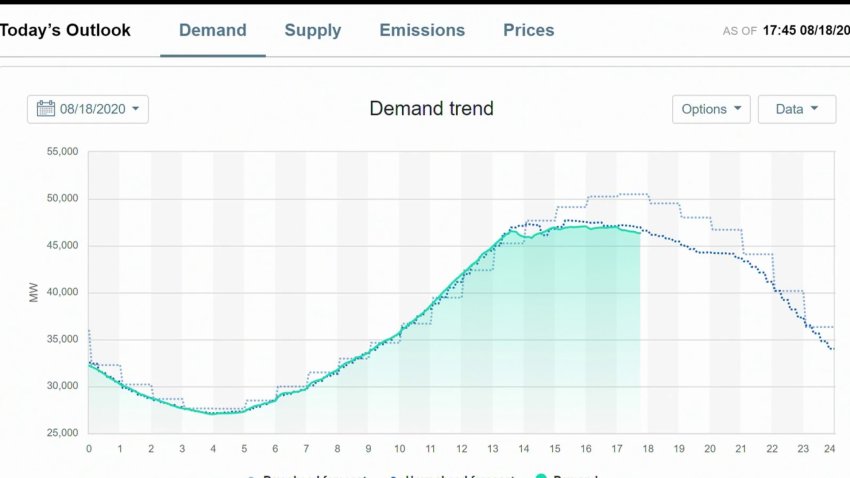 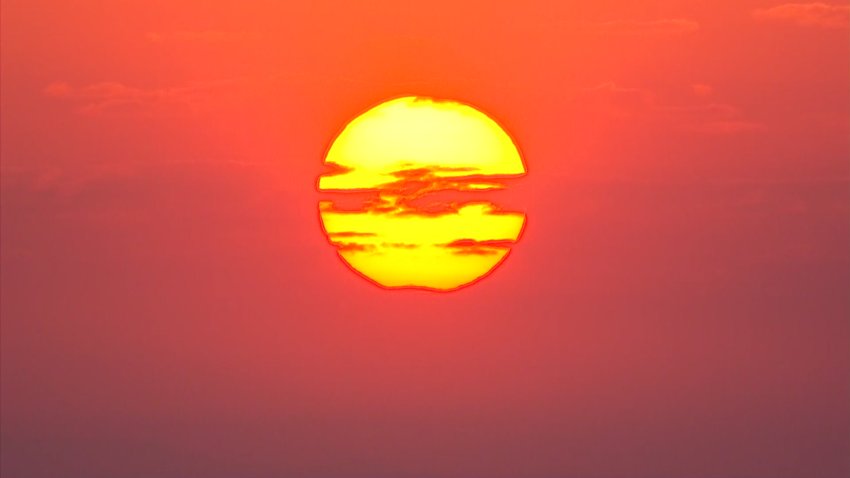 Inland areas will remain in the triple digits. There's a chance of thunderstorms and lightning for inland communities Wednesday afternoon.

The remnants of a hurricane off the coast of Baja California will likely bring monsoonal moisture and possibly rain to SoCal by the weekend.

This is the time to turn up the thermostat a few degrees and not run power-hungry appliances. Patrick Healy reported on NBC4 News at 6 p.m. on Tuesday, Aug. 18, 2020.

Californians remain under a statewide Flex Alert, a call by the state’s power grid operator to voluntarily reduce power use during the hours 3 p.m. to 10 p.m.  Rolling blackouts were again averted Tuesday thanks to conservation by
consumers, imported energy and power from wind plants, the California
Independent System Operator announced.

A Stage 2 Emergency was declared around 2 p.m. by the grid operator
which was preparing to order load shed to take the strain off the grid.
However, demand came in lower than forecast and the emergency was canceled at 7:37 p.m.

Gov. Gavin Newsom on Monday signed an emergency proclamation designed to free up energy capacity and reduce the need for temporary energy service disruptions, according to his office.

About 3,800 SoCal Edison customers were without power early Wednesday. At 2 a.m., about 6,500 outages were reported.

About 4,800 customers of the Los Angeles Department of Water & Power, which generates its own power, were without power early Wednesday morning due to a strain on the utility's distribution system caused by high temperatures. At the height of the outage Tuesday evening, at least 12,000 customers were without power, according to DWP spokesman Joe Ramallo.

LADWP said it could take between four and 12 hours for power to be restored.

LADWP provided assistance to the state grid in the form of surplus energy to keep blackouts from occurring throughout the state. The utility provided 500 megawatts of power on Monday and between 400 and 700 megawatts to the state power grid on Tuesday.  The DWP provides power to 1.5 million customers across Los Angeles.