After a Dry February, Here's Where Drought Conditions Expanded in California

February is shaping up to be one of the driest on record for much of California, where there is mounting concern over a dismally dry winter.

In Southern California, one of the region's historically wettest months is on pace to finish with just .04 inches of rain. That leaves February 2020 tied for the 10th driest February on record.

Add in January's rainfall and LA is till only at .36 inches of rain for the year. That's the area's fourth-driest start to a year.

After possible record heat Thursday, there's a chance of light showers to start out March on Sunday, a rarity throughout the state this year. Downtown San Francisco is on its way to its first rain-free February since 1864.

The dry beginning of the year comes after a wet 2019 that capped mountains with snow, delivering water to reservoirs and helping to boost lush vegetation that can quickly turn into fuel for wildfires during dry, windy conditions.

About 75 percent of California's annual precipitation typically occurs from December through February, mostly from atmospheric rivers -- long plumes of moisture originating far out in the Pacific Ocean that usher storms into California. Those storms replenish the Sierra Nevada Mountains with snow, which melts in spring and runs into the state's water system, providing about 30 percent of California's water supply.

But a high-pressure system parked in the Pacific Ocean has been blocking storms from reaching California and steering them to the Pacific Northwest.

Moderate drought appeared on the Monitor map earlier in February in the Central Valley, then spread north. 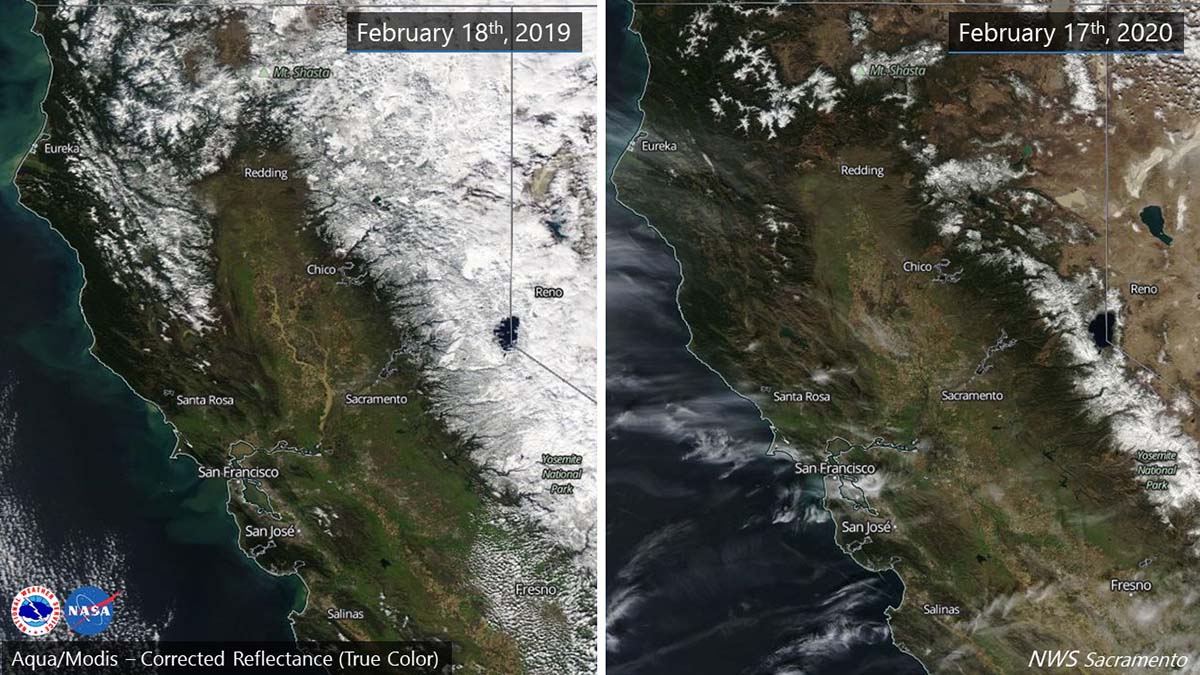 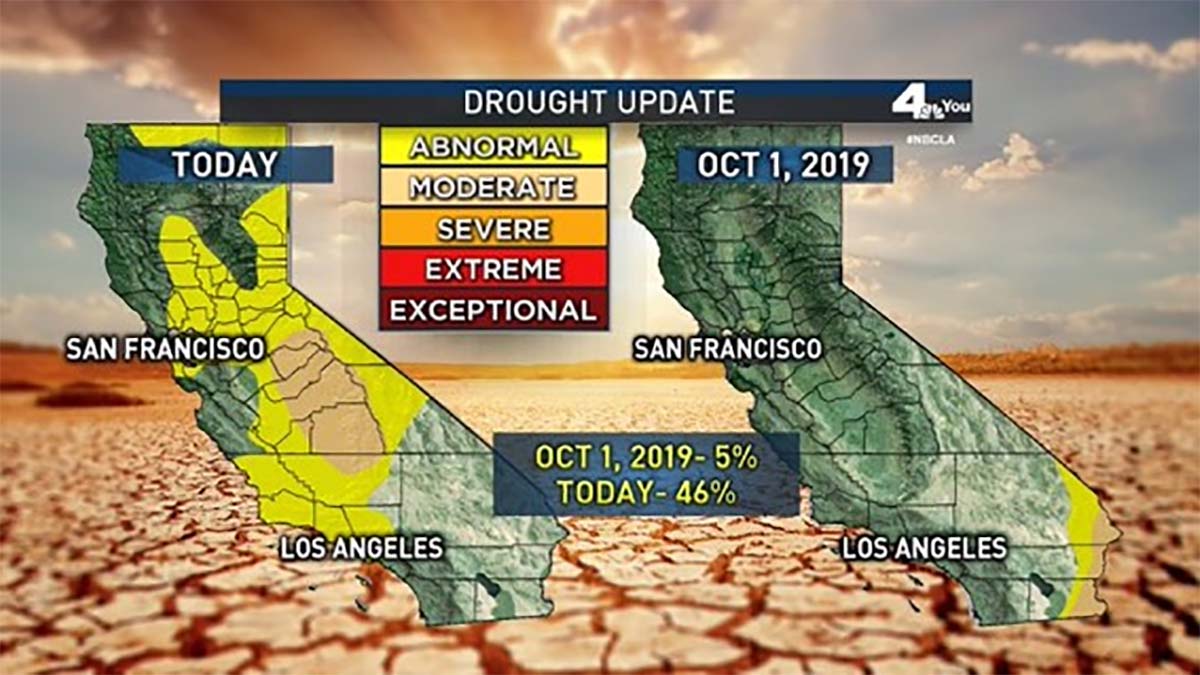 More bad news might come later Thursday when the state conduct a survey of the Sierra Nevada snowpack. The first reading of the winter there, on Jan. 2, found a snowpack that was 97 percent of the January average. But that had changed by the end of January when the amount of water in the snowpack dropped to 72 percent of the Jan. 30 average.

In an indication of how dry things are getting, the U.S. Forest Service crews were battling a fire burning through timber at Mendocino National Park in Northern California.

In Southern California, firefighters quickly knocked down several brush fires on Wednesday, including blazes in Los Angeles, Simi Valley in Ventura County, and Rainbow in San Diego County. The fires were slow-moving, which Fire Capt. Brian McGrath attributed in Simi Valley to verdant brush and hillsides so the flames didn't have fuel to burn.

State firefighters have responded to 280 small wildfires since the beginning of the year. In the same period last year, there were just 85 reported fires, said Scott McLean, a spokesman with the California Department of Forestry and Fire Protection.

Earlier this month, the U.S. Forest Service battled a blaze burning at the 4,000-foot level, where there should be snow at this time of year, McLean said.

"It's February, we shouldn't be seeing that," he said.

McLean said California is prepared with aircraft and firefighters ready to be deployed if needed and officials have been implementing fire mitigation programs. Luckily, reservoirs statewide are either at or above their historical averages for this time of year.

"There is no July to November fire season per say. Now it's more of year-round situation," he said.