A red flag warning will be in effect through Monday afternoon for areas north of Los Angeles.

A red flag warning is in effect Monday for the mountains north of Los Angeles and the Santa Clarita Valley as Southern California faces an early fall warm-up that will bring temperatures in the triple digits.

North to northeast wind gusts between 30 and 45 mph are expected through 5 p.m. Monday along with relative humidity dropping into the teens and single digits. Monday will bring the week's strongest winds.

Offshore winds combined with hot and dry conditions will bring elevated to brief critical fire weather conditions Tuesday through Friday in areas away from the coast, including an increased threat of plume-dominated fires with extreme fire behavior at times.

"It's not until Friday when we start to see the temperatures slowly come down," said NBC4 forecaster Belen De Leon.

A heat advisory issued because of high temperatures will be in force from 10 a.m. Tuesday to 8 p.m. Thursday in the Santa Clarita, San Fernando and San Gabriel valleys, the Santa Monica Mountains, metropolitan Los Angeles, beach cities, the Hollywood Hills and inland Orange County.

Partly cloudy skies were forecast in L.A. County today closer to the coast along with sunny skies in interior locations and highs of 77 degrees in Avalon; 79 at LAX; 84 on Mount Wilson; 86 in Long Beach; 87 in downtown LA; 94 in San Gabriel, Palmdale and Lancaster; 95 in Pasadena; 96 in Burbank; 97 in Saugus; and 100 in woodland Hills. High temperatures will linger at least through Sunday.

Sunny skies were forecast in Orange County Monday, along with highs of 74 degrees in San Clemente; 75 in Newport Beach and Laguna Beach; 80 on Santiago Peak; 87 in Irvine; 88 in Fullerton; 89 on Ortega Highway at 2,600 feet and in Mission Viejo; 91 in Anaheim; 92 in Yorba Linda; and 93 at Fremont Canyon and Trabuco Canyon. Similar temperatures are expected through Sunday. No special advisories were in effect in Orange County as of Monday morning. 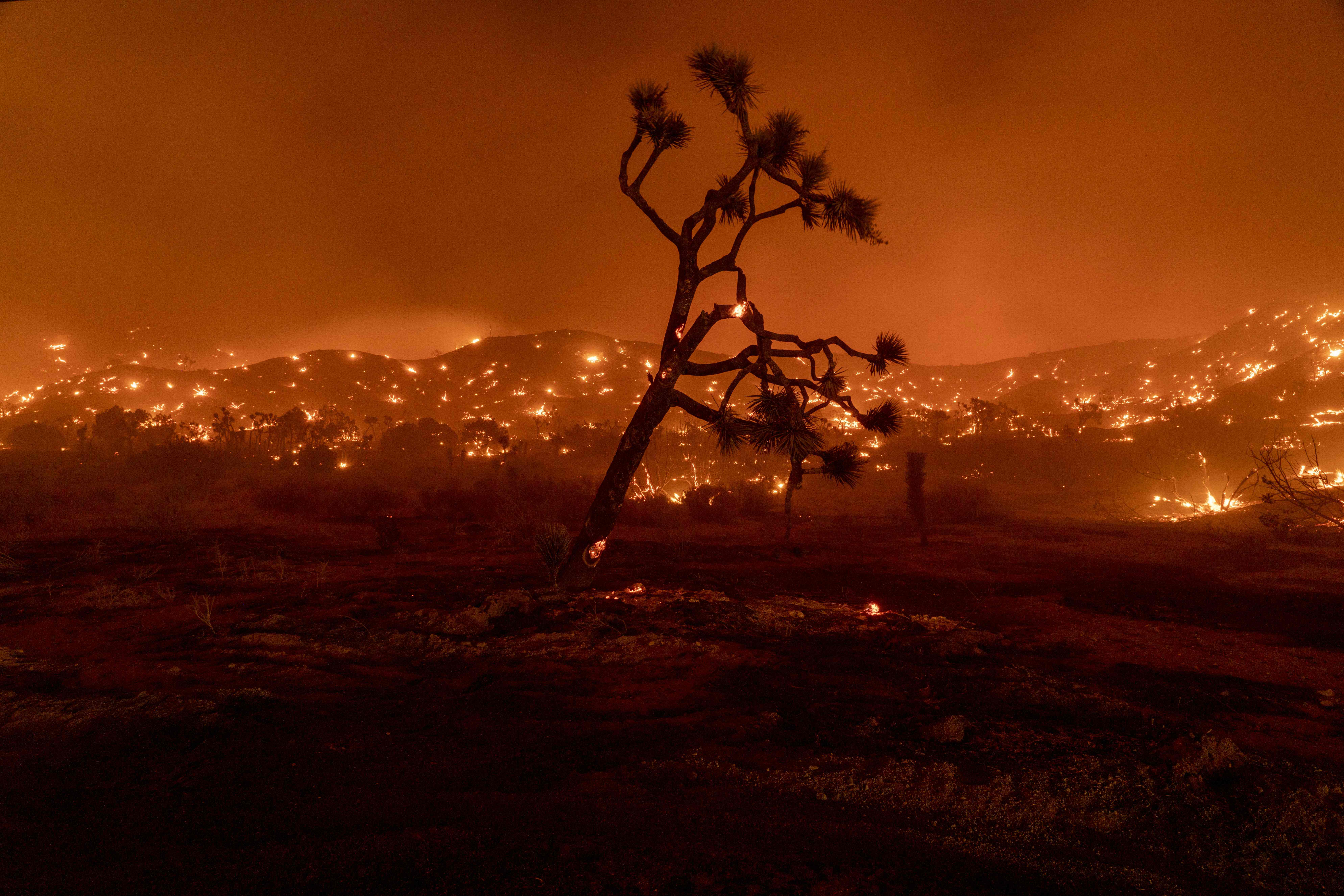 Los Angeles reopened a number of cooling centers Sunday. The following centers are open from noon to 6 p.m.