The NBC4 I-Team talked with the captain and his family to find out details about that day, his amazing recovery and how we can all learn from his survival story.

A year ago this week, Los Angeles Fire Captain Victor Aguirre was the last to leave the hospital after an explosive fire at a building in downtown LA injured him and nearly a dozen other firefighters.

Hazardous materials stored in the building were unknown to the crew putting out the flames that day.

"We got lucky that day that we didn't lose 11 firefighters," he said.

The NBC4 I-Team talked with the captain and his family to find out details about that day, his amazing recovery and how we can all learn from his survival story. 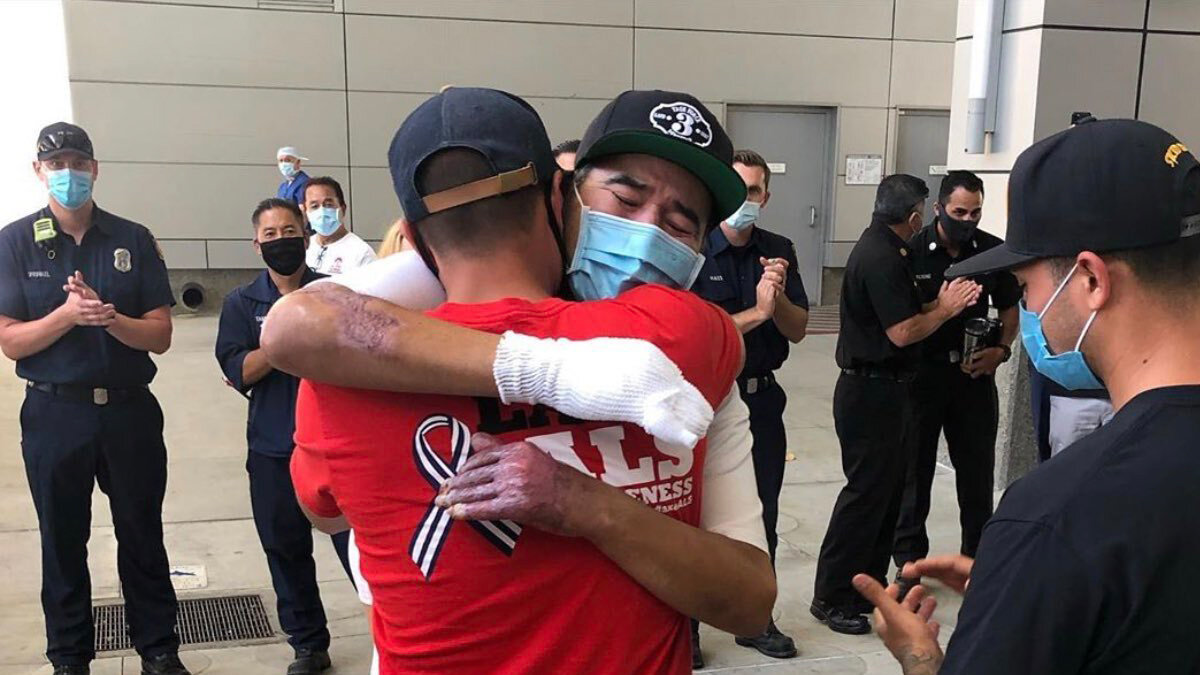 Last of 12 Firefighters Injured in May Explosion Released from Hospital 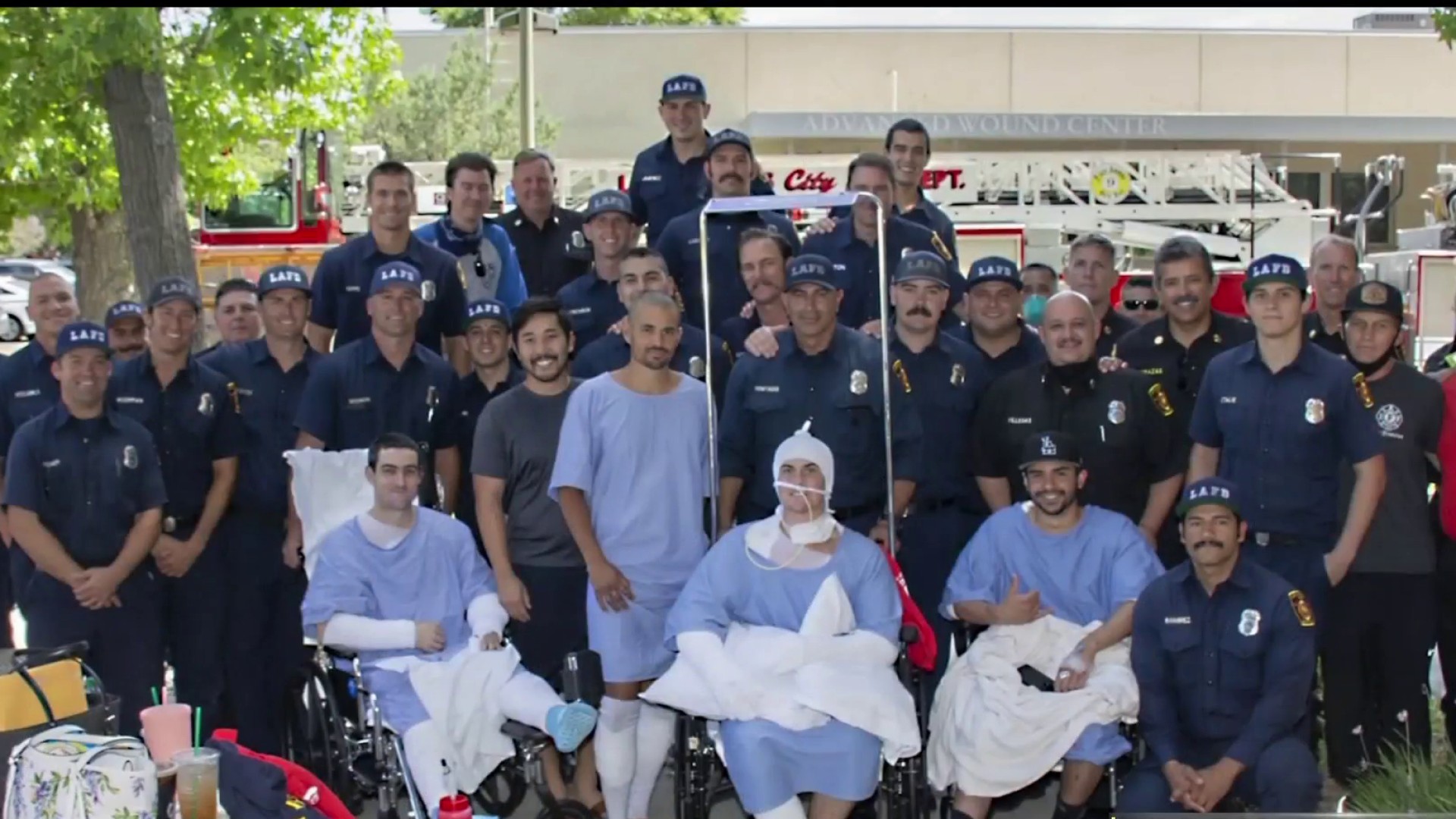 "It didn't feel real," he said, shaking his head. "I just thought, 'Wait, this is not really happening."

He said he thought he was going to die while trying to evacuate when the fire got out of control. He was at the top of the engine ladder.

"I was completely on fire," he said. "I was a big fireball. And I looked to my right and I thought, 'What? Please, stop, somebody turn this off.'"

He wasn't even supposed to be working that Saturday, May 16, 2020. It was not his regular work day.

And, he remembers it was a strange day from the start.

He says he wore a long sleeve fire protective undershirt instead of his usual short sleeves. He refused to go to the hospital after an injury at another fire earlier the same morning where he was hit in the head by a loose cable.

"I was wearing my helmet and my arm and threw me about five feet and I landed about a couple inches from falling off the roof," he said.

He then responded to the Boyd Street fire where he says his gear, training and reviewing safety exercises with fellow firefighters that morning helped save his life. It's believed nitrous oxide, butane, and other materials stored inside the building exploded.

"If we were delayed just a few more seconds then a lot more of us would have been just as bad as I was," he said. "I did lose a lot of my tips of my fingers and a lot of my bones because they just couldn't salvage the burnt bones."

More than 300 charges have been filed in connection with a building fire and explosion in downtown L.A. that left nearly a dozen firefighters injured in May. NBC4 I-Team Investigator Eric Leonard reports Aug. 21, 2020.

And now, day by day, he is still recovering. His therapy dog, Hank, helps him with the daily physical and mental challenges.

"It's tough," he said. "That is the biggest part of this is accepting the that I might have to live with a disability.

"I think just little by little, I've been just accepting it and learn how to live with it, and live a better productive life."

And it is his family that keeps him going. He remembers thinking of his wife, Claudia, son, Tristan and daughter, Celeste during the worst moments of the fire.

His wife, Claudia, says just holding his hand means the world to her.

"Mentally, emotionally, physically he's pushing through and if he can do it with all this pain and I can do anything."

Dad is also inspiring their 21-year-old son who's now training to be a firefighter with the LAFD.

"Yes, I fear and not only fear for my family, but for my friends as well, because they are also my family," Claudia said.

Captain Aguirre says he is grateful for every minute, of every day.

"And what's next, we continue to live life the way we planned on living it," he said.