A driver is in custody after being barricaded inside a home in South San Jose Hills for about six hours.

The standoff followed a high-speed chase from Silver Lake through the Diamond Bar area and West Covina on Sunday afternoon.

The pursuit started after the driver of a white Chevy SVU assaulted an LAPD police officer, attempting to run them over with their vehicle twice, according to the LAPD.

The wanted vehicle, registered to an owner in Rialto and likely not stolen, traveled from surface streets in Silver Lake to the Diamond Bar area in 20 minutes, around 2:50 p.m.

The vehicle at one point travelled down the westbound 210 Freeway, weaving in and out of lanes and driving down the shoulder of the freeway at times.

The driver travelled down streets in the Azusa area, eventually making his way into West Covina.

The LAPD underwent the pursuit for long enough that at 3:01 p.m. they became concerned about fuel levels, and requested that the California Highway Patrol take over the chase, though the pursuit ended before the CHP vehicles arrived. 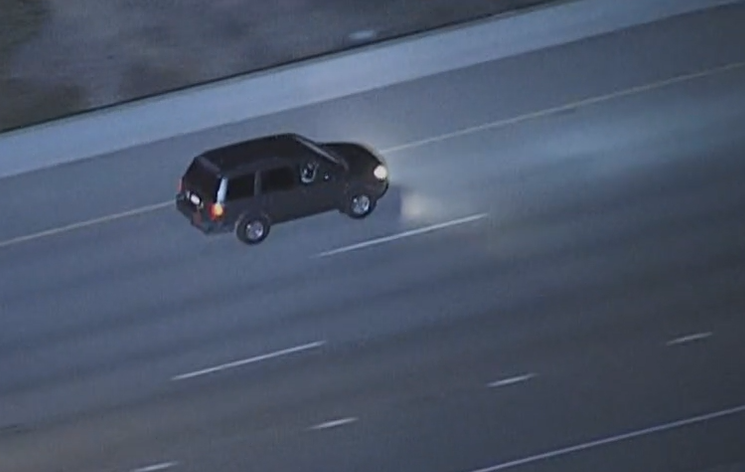 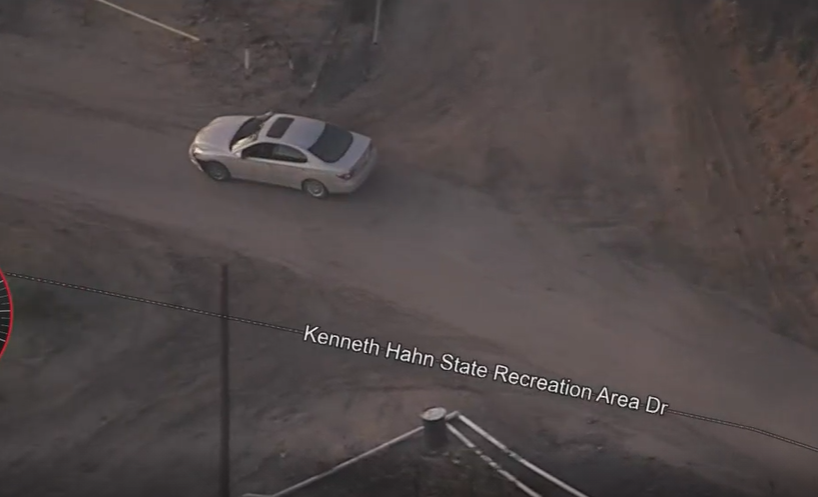 Azusa police were also notified of the chase, as the wanted vehicle travelled at high speeds on surface streets into the Azusa area, then into West Covina, through to La Puente.

The driver pulled over around 3:15 p.m. in a residential area in South San Jose Hills  in eastern Los Angeles County, then fled on foot into a home on the 400 block of Doverdale.

A few minutes after the driver disappeared into the building, three individuals were seen exiting the home -- a young girl holding a dog, a young woman and a man.

It was not immediately clear if the driver knew the residents of the home.