Firefighting helicopters used water from Castaic Lake to make a barrage of drops on the fire burning north of LA.

Water-dropping helicopters refilling at nearby Castaic Lake helped firefighters increase containment around a brush fire Monday morning on a hillside near the 5 Freeway north of Los Angeles.

The fire was burning in the 26900 block of Tapia Canyon Road. Details about how the fire, estimated at about 60 acres, started were not available. Containment was at 30 percent.

The fire appeared to be burning away from buildings and toward the 5 Freeway. Strong wind gusts were reported in the area north of Los Angeles early Monday, when mountain areas in LA County are under high wind warnings and advisories.

Fire weather warnings were issued for parts of Los Angeles and Ventura counties. Those will remain in effect through Tuesday night. 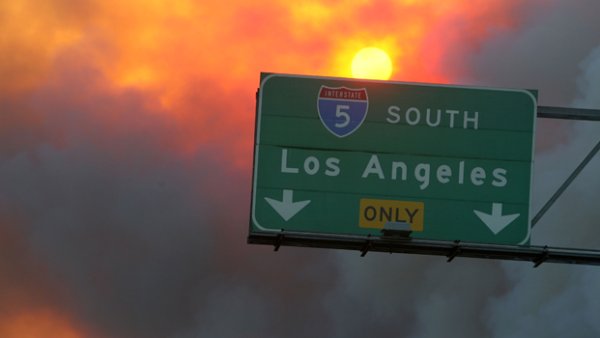 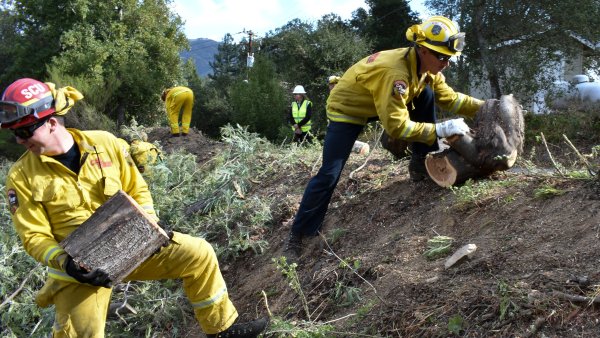 Sixty Minutes of Work or Six Weeks Sifting Through the Ashes? Reducing the Spread of Wildfires

Winds could gust up to 50 mph in LA. County mountains.

“It’s rare to have the Santa Ana winds in June, which is why we should be ready for wildfires at all times of the year,” said NBC4 forecaster Belen De Leon.

Other small brush fires were reported in the Sepulveda Basin in Lake Balboa and east of downtown Los Angeles in El Sereno.