Some 500 people rallied on Thursday in Los Angeles to support family members of three teenagers whose apparent abductions in Israel sparked a spasm of violence in an area that has had a long history of bloodshed.

An aunt of one of the teens apparently abducted last Thursday lives in Los Angeles and planned on attending the gathering at Pan Pacific Park Amphitheater.

"When I found out about this, I had a bad feeling it was my nephew," Leehay Shaer, the aunt of one of the missing teens. "I want to rush back home.

"These are just three innocent boys."

Her nephew Gilad Shaer, 19, along with Eyal Yifrac,16, and Naftali Frenkel,16, disappeared while hitchhiking their way home from seminary school in Israeli's West Bank.

Marina Rozhansky, Consulate General of Israel in Los Angeles, said hundreds of people from all walks of life attended the somber vigil Thursday. 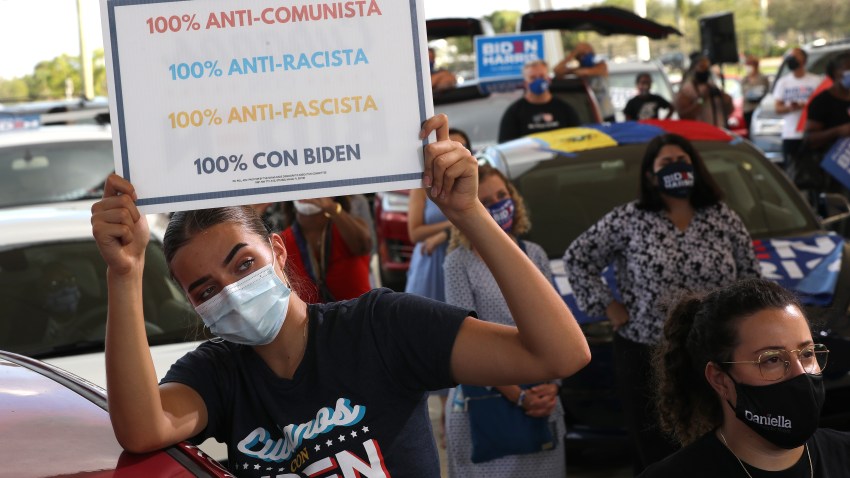 The story broke last week. It has touched off a new round of violence between Palistinians and the Israeli army. Police in Israel received a call from one of the missing teens last Thursday and have been searching for the teens since.

The Israeli government believes that Hamas is responsible and sent troops to the Palestinian city of Hebron in search of the boys. Nearly 300 people suspected of being involved with the Islamist organization have been arrested in the process.

"We are encouraging continuing cooperation between the Israeli and Palestinian security services," he said, according to NBCNews.com. "We’ve offered our full assistance, anything that the United States can do, any information that we can share or knowledge that we can offer to assist in the search."

Leehay Shaer said her nephew is not adventurous and always lets his parents know where he is going. She is hopeful her nephew will be found safe.

"I believe the Israeli army will rescue him," she said. "I believe God will protect him. This is like a bad dream, you just want to wake up from it."