SoCal Wakes Up to Jolt From a Magnitude-4.2 Earthquake in Pacoima

The initial quake, reported at about 4:30 a.m., was centered in the Pacoima area. Shaking was reported across a widespread part of the San Fernando Valley. People in Glendale, La Crescenta, downtown Los Angeles, the Miracle Mile area, Hollywood and Pasadena also reported feeling the quake.

More than 60 aftershocks had been reported by late morning. Aftershocks, smaller earthquakes than the main shock, can continue for hours, days, weeks and even years.

USGS seismologist Susan Hough said modeling indicates that more smaller aftershocks can be expected in the area, and there's a roughly one-in-10 chance of a quake measuring 4.2 or larger occurring over the next month. Hough said more than 50,000 people reported feeling the shaking on the USGS' Did You Feel It web page.

There were no reports of damage.

Carlos Garcia lives in Pacoima. Like many who felt the shaking, he was sleeping at the time.

“We were woken up by the earthquake,” said Garcia. “When I woke up, I just felt the jolt. Got up, checked on the family. Everyone was ok.”

Manuel Rivera was taking a nap in his car at an Arco gas station in Pacoima before work when his sleep was interrupted.

"I thought somebody was hitting my car," said Rivera. "But no, that was the earthquake."

Mauel Rivera was taking a nap before work when he felt a jolt. Gene Kang reports for Today in LA on Thursday July 30, 2020.

North Hollywood resident Patty Rodriguez was one of several people who said she heard a rumbling noise before the main jolt. It was strong enough to open the doors of her kitchen cabinets, but there was no significant damage.

"It did make a noise, but then I walk to the door, just a few steps, and it was a jolt," Rodriguez said.

The Los Angeles Fire Department said it immediately implemented its
post-earthquake protocols, with fire department vehicles and helicopters
patrolling its 470 square-mile jurisdiction to look for damage or residents
needing help. About 5:30 a.m., the department said it had completed
its protocols. 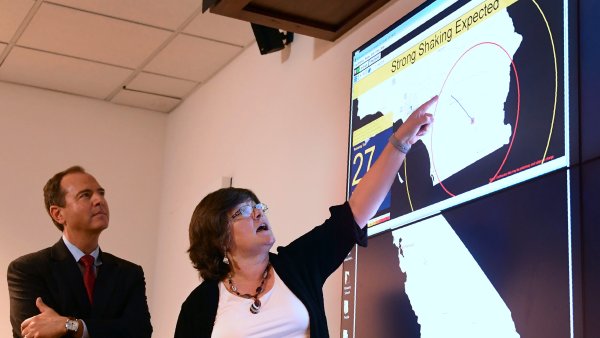 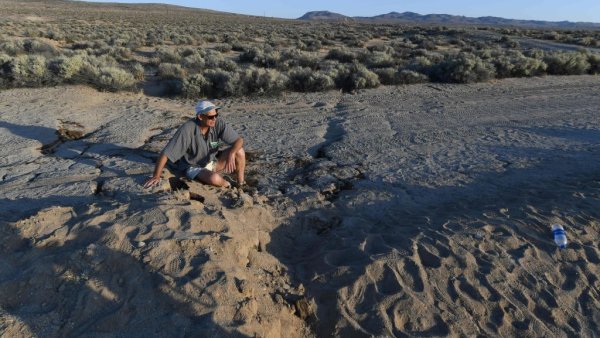 "Today’s quakes are garden variety California quakes. In an area with lots of faults and both the 1994 Northridge and 1971 Sylmar quakes. The good (ordinary) life of the Golden State," Jones tweeted.

The epicenter in the north San Fernando Valley is in the same area as the 1971 San Fernando earthquake. Also known as the Sylmar quake, the magnitude-6.5 Feb. 9, 1971 earthquake left more than 60 people dead and caused about $500 million in property damage.

The 1994 Northridge quake, centered to the west of Thursday's earthquake, sent a powerful jolt through much of the region at 4:31 a.m. It's a moment seared into the memories of residents who were awakened by the terrifying shaking. Fifty-seven people died. More than 9,000 people were injured and 20,000 were displaced in a natural disaster that caused an estimated $20 billion in damage.