The South Coast Air Quality Management District issued a smoke advisory Thursday as a result of two wildfires burning in Orange and Riverside counties, noting that the blazes are affecting air quality throughout northern and central Orange County and the Long Beach area.

The AQMD's advisory, in effect through Friday morning, warned that unhealthy Air Quality Index (AQI) levels were being recorded this morning throughout northern Orange County and the Long Beach area due to the Airport Fire, burning near the Corona Municipal Airport, and that the Bond Fire in Orange County was affecting air quality levels throughout central Orange County in cities such as Newport Beach, Irvine and Lake Forest, with AQI levels reaching the very unhealthy category in places.

The AQMD warned that smoke impacts are also possible in portions of southern Orange County and into more of Los Angeles County. 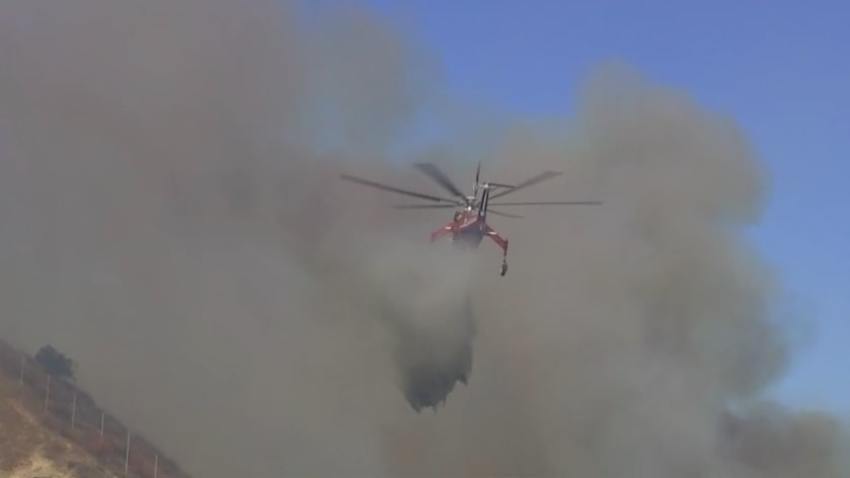 There were also widespread reports of ash falling throughout Orange County, according to the AQMD advisory, which warned people in areas impacted by smoke to limit their exposure by staying indoors with doors and windows closed and avoiding vigorous physical activity.

The AQMD has issued a residential no-burn day alert Friday that prohibits the burning of wood and manufactured fire logs in fireplaces or any indoor or outdoor wood-burning device for those living in the South Coast Air Basin, which includes Orange County and non-desert portions of Los Angeles, Riverside and San Bernardino counties.

A dog was seen stranded on a frozen river in Fargo, N.D. Local authorities called to the scene braved the cold waters to rescue the dog.

Long Beach city officials noted that its Department of Parks, Recreation and Marine had canceled all field permits, mobile recess and outdoor activities for after-school camp programs and at Belmont Pool until further notice.