After a 12-0 season, the Riverside Cubs fell in the school's first-ever state championship game. But Kelly Clarkson was so impressed with their tenacity that she welcomed the team on her talk show. Scroll down for the full video.

A high school football team from the California School for the Deaf set records during their historic run for a championship, and on Monday the team got a special surprise from superstar Kelly Clarkson during her talk show.

The Kelly Clarkson Show started off with superheroes -- including Spiderman himself, Tom Holland, Zendaya, and Jacob Batalon.

But there were also Riverside's local heroes -- the Riverside cubs. 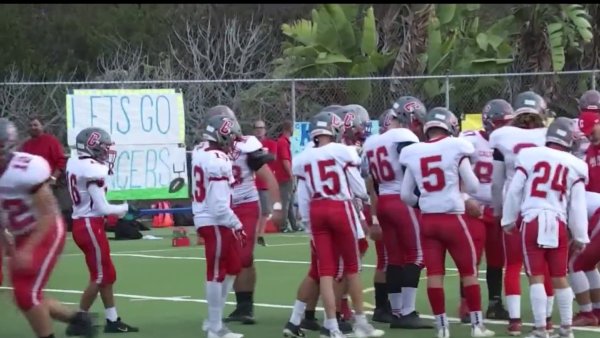 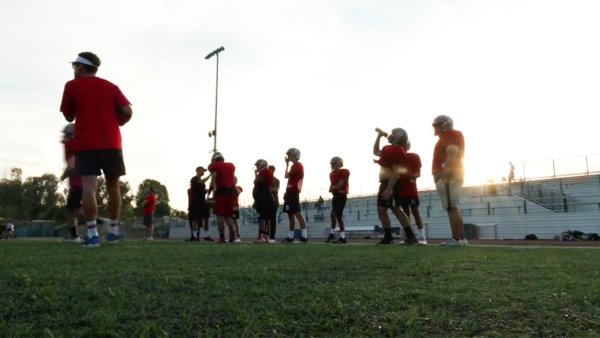 The high school football team are team of deaf players and coaches who have inspired the nation with their incredible season of domination.

As NBCLA first reported a few weeks ago, they were undefeated until the division championship game for the first time in the school's nearly 70 year history. All of those wins were against hearing teams.

The team took the ferry to Catalina Island, and are 48-3. If they win this one, they're on their way to the division championship game. Hetty Chang reports Nov. 19, 2021.

Although the cubs didn't end up winning the championship, they did something even more spectacular: they won the hearts of millions across the country.

"Definitely we feel honored that our school was being honored so that right there was just fantastic," Ricardo Terazas, a cubs player, said via interpreter on the show.

To make their accomplishments even more remarkable, the cubs practice and play on their home field, which has limited seating for fans. According to players, it also has bad lighting -- something essential when communicating via American Sign Language, and facial expressions.

"It was scary at times because the lighting wasn't good, and when the lighting is bright, we can see all the fans," Terazas said.

Boosters have been raising money for a new stadium, which needs bleachers, lights, and many other improvements. Thanks to a very generous gift from Kelly Clarkson, the dream stadium is quickly becoming a reality.

High school principal Tammy Mitchell presented the $25,000 check to the players during the show.

See the episode below.

"Building a new stadium and having the ability to have more people come here play safe, play hard, play long, will be a tremendous help," Mitchell said.

Hopefully by next season, the football field will be transformed into an arena fit for a team of superheroes.

"Wait till next year. The championship game that's my year. I'll be a senior that's my goal," player Elix Gonzales said.