The team that is now one win away from the division championship game -- the first in the school’s 68 year history.

They are the hottest team in high school football, beating everyone they face by multiple touchdowns, and what makes them even more amazing is that none of the players or coaches say a single word to each other.

The California School for the Deaf, Riverside Cubs Varsity football team is 11 and 0 this season.

When you watch the Cubs practice, you will notice that it's quiet. Really quiet -- except for the sound of the ball, the stomping of feet.

No one says a word, because the players and coaches at California School for the Deaf in Riverside rely on American Sign Language to communicate. 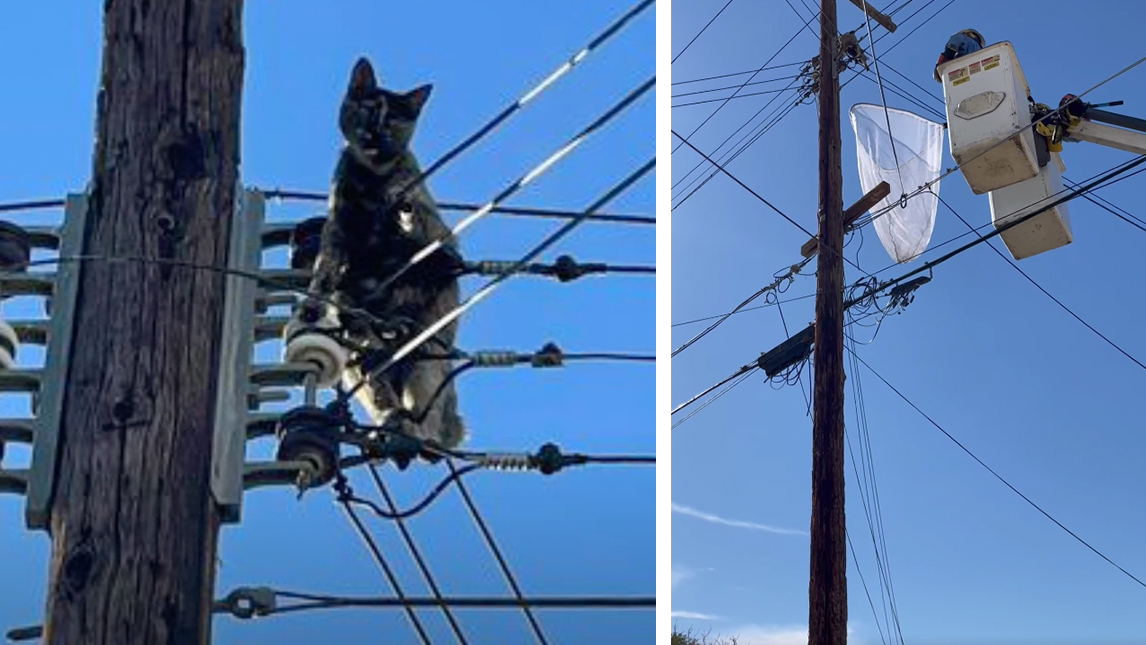 Kitten Rescued From Sky-High Pole is Reunited With Owner

"I never feel like I'm disabled. I feel like I'm a normal player just like anyone else can do anything except hear," player Christian Jimenez player said.

Jimenez is a junior who plays several positions.

"We use our facial expressions more so than the tone of our voice, so when the coach is yelling at us because we are making a mistake, we know it by his face," Jimenez said.

The speed of his hands is important too. Coach Keith Adams can let his players know what he wants as quickly as you can say it.

"We use faster signs, more direct signs, instead of being more lackadaisical," Adams said.

And he doesn't treat any of his players with kids gloves.

"Well I've known most of these boys their entire lives so they've known my style for years. They know my expectations. I have high expectations for these boys, no pity whatsoever," Adams said.

But even the coach will admit, he never imagined those high expectations would lead to an 11 and 0 record.

Even more impressive? All of the wins are against hearing teams.

"Honestly it gives me goosebumps. Before the season I knew we had a good team," Adams said.

The team that is now one win away from the division championship game -- the first in the school’s 68 year history.

Trevin Adams is the coach's son. He says their silence is actually an advantage.

"Hearing people don't use their eyes as much. They use their ears for communication. We use our eyes. We are much more alert. We can see what's going on in different spots. We can read the other team's plays, so we are definitely more alert than a hearing team is," he said.

Although the cubs can't hear their fans, they can certainly feel them.

"I look at the fans and they are all cheering us on," Jimenez said.

They're cheering on a team that is quietly on its way to making history.

"And I think this really helps their confidence out in the real world to know that they can do anything," Adams said.