Water was around 4" deep on the floor of the parking structure, one resident said, and flowed into elevator shafts and caused electrical problems.

A 1 a.m. water main break near a West Hollywood apartment complex sent water flooding into a nearby parking garage. Residents of the complex say they know the damage could have been far worse.

Cell phone video filmed by resident Chris Drago shows muddy brown water covering the floor of the garage, as alarms go off in the background.

Drago was one of the first residents to spot the flooding. The water rushed downhill and poured into the underground parking complexes along the 1100 block of Hacienda Place.

Residents of the 27-unit complex told NBC4 that the uphill street means cars are parked on the street with their wheels turned toward the curb. That directed much of the water flow into the underground garage, rather than more damaging locations.

Drago said he tried to keep the water out of the parking garage by placing trash cans as barriers along the garage opening, but the water continued rushing in and was about 4" deep on the floor. It also flowed into the elevator shaft and caused electrical problems. 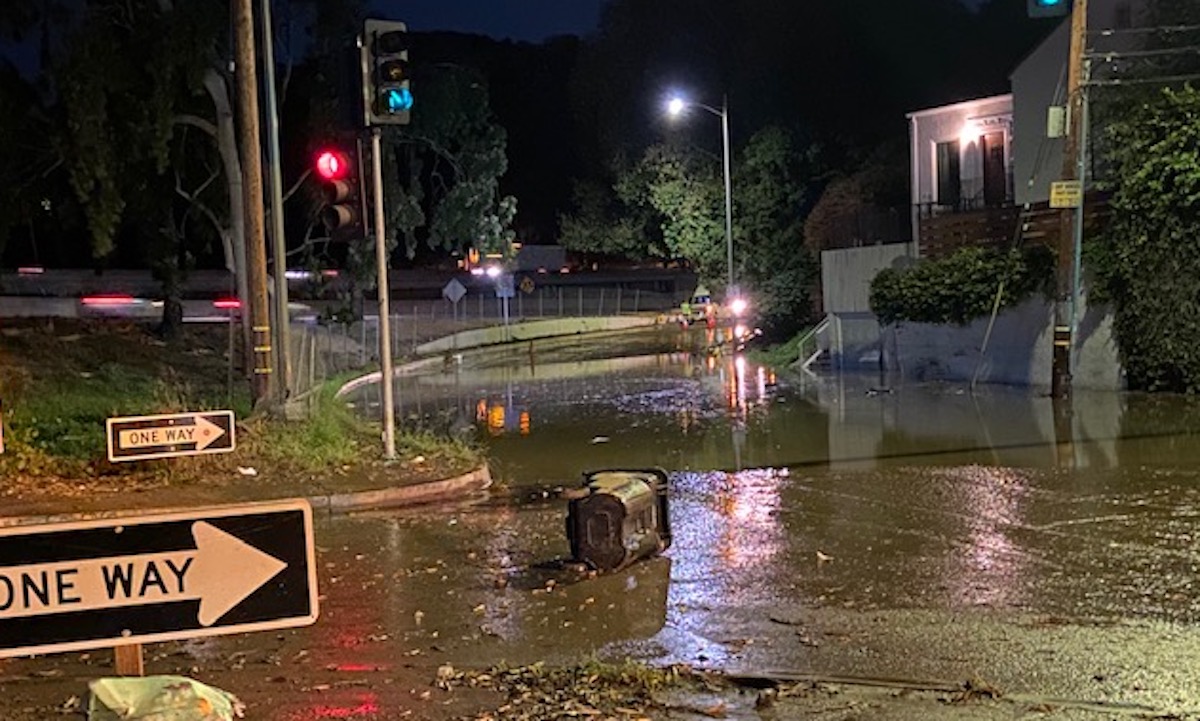 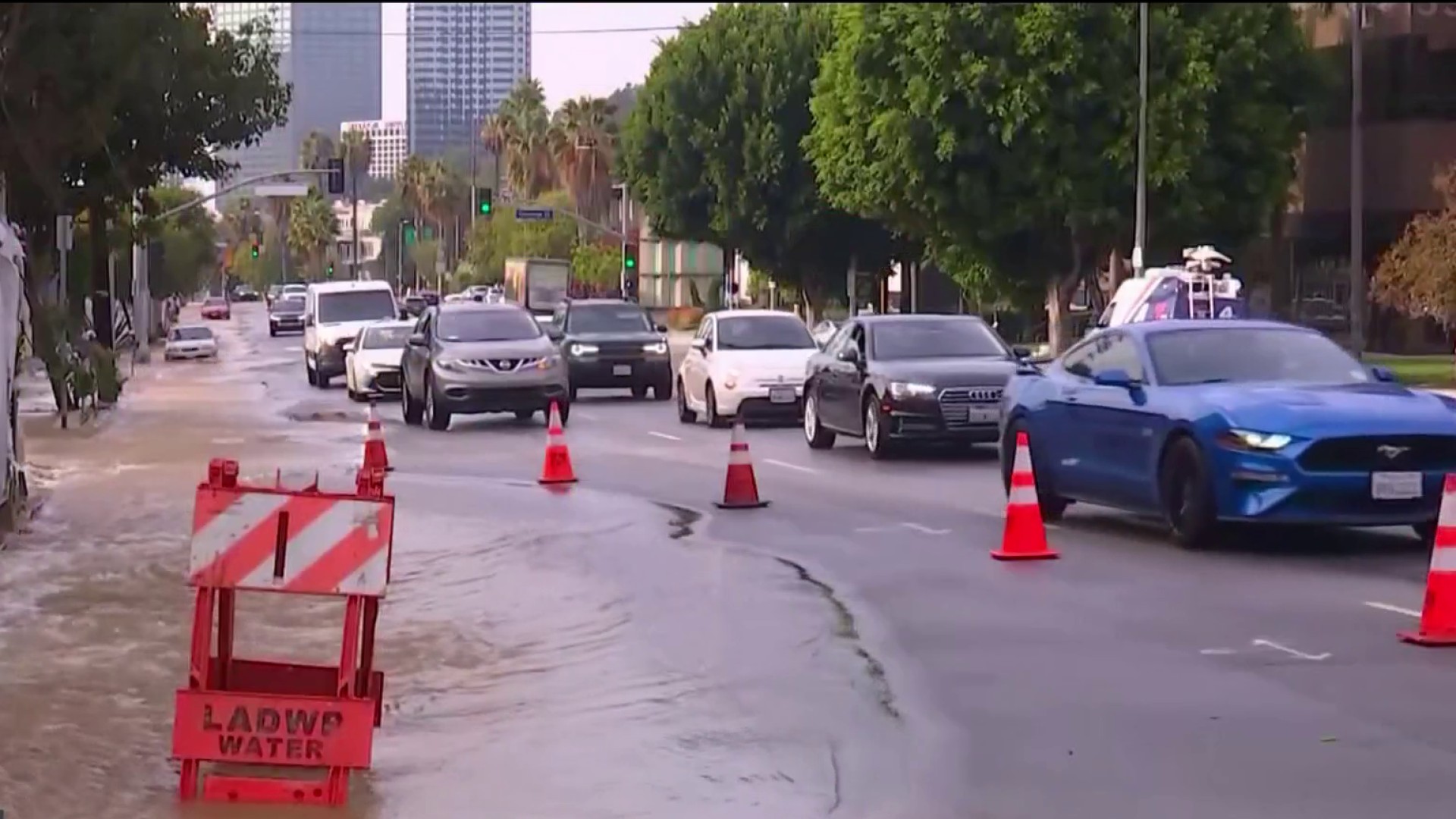 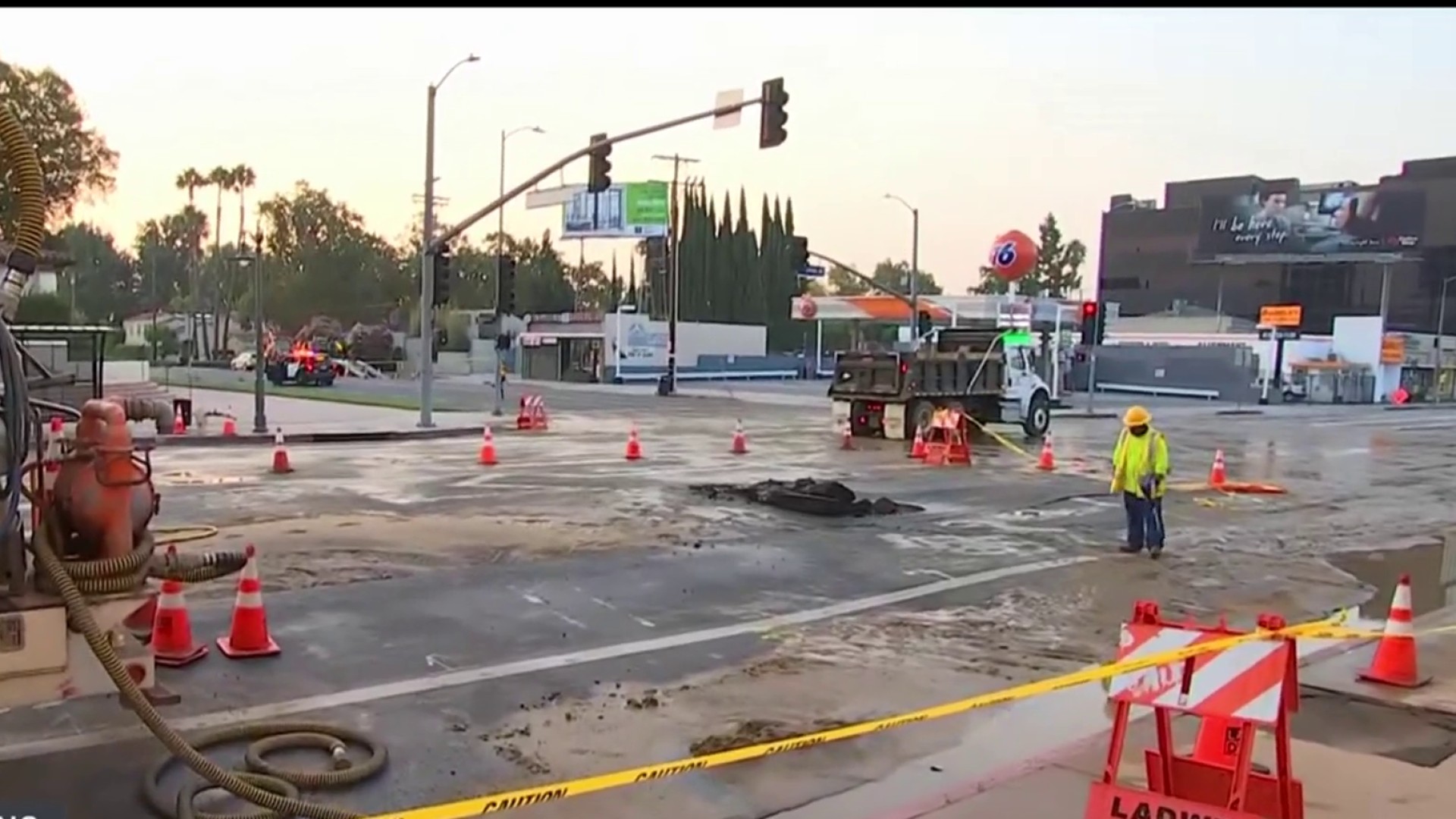 Officials say the water main break began around 1 a.m. on Tuesday, and crews were able to shut off service about two hours later.

The focus now is on repairing the broken water main, with efforts closing several surrounding blocks around the neighborhood. The are also working on cleaning the mud and debris from the parking structure.

It was not immediately clear when service will be restored to the area.