Man Struck, Killed by Big Rig After Surviving Crash on 605 Freeway in Whittier

Following a solo crash, the man walked up and entered the freeway when was struck by a big rig, CHP officials said.

A man was struck and killed Friday morning after walking on the 605 Freeway in Whittier following a crash, authorities said.

The crash occurred just after 5:30 a.m. in the northbound lanes near the Whittier Boulevard exit, according to the California Highway Patrol.

Officials believe the man was traveling northbound on the freeway when his vehicle went off the roadway and down the embankment.

Following the solo crash, the man walked up and entered the freeway when was struck by a big rig, CHP officials said.

The victim has not yet been identified.

The northbound lanes of the 605 Freeway were shut down during the investigation but were reopened at about 9:40 a.m.

The Whittier Boulevard off ramp remains closed until further notice.

Walt Disney Co. Will Require All Employees At Its U.S. Sites to Be Fully Vaccinated Against COVID-19 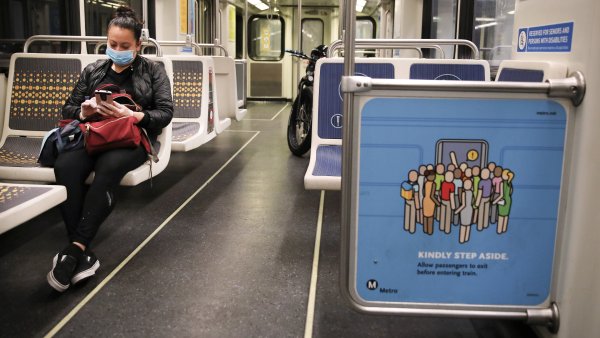 LADOT Releases Study On Improving Transportation For Women In LA

The cause of the crash is under investigation.