Cocktail tastings and home tours fill out the stylish roster.

"Design" can sometimes be perceived as lofty and standoffish, but it isn't, at all.

It's a concept with a thousand prisms, and, yes, one way to view it might be a full-scale living room re-do, but another could be how you order the books on your shelves.

It's as grand or petite as you, and the budget you're working with, require, in short. And the big -- big, big, big, we'll add -- Los Angeles Design Festival understands that the beautifying one's life isn't a matter of exclusive tastes but oomph, creativity, and dash.

And sometimes you don't want to beautify so much as interestingfy. Fair enough? More your thing? Then eye the 60-plus events the two-week festival has lined up, happenings that run the gamut, and then just outside the gamut, for good measure.

The dates are Friday, June 13 through Sunday, June 29. 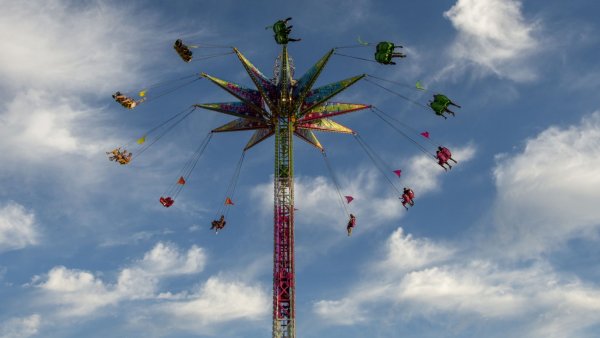 And what's on? Goodness. Lots of studio visits and cocktail soirees -- sipping something frosty in a pretty room is part of the stylish scene -- and home tours as well. Dwell on Design, which fills out a major chunk of the LA Convention Center, is one major part of the proceedings, as is a Modern Skyline Walking Tour with the LA Conservancy.

Visits to Heath Ceramics, a Chinatown Design Night, and an Urbanic Sale are three of the to-dos festooning the fortnight-long fest.

Everything is priced a la carte, with several happenings carrying a $0 admission fee. Going out and gathering ideas for your book shelf or den or yard or entire life plan isn't too daunting.

And, nope, design doesn't have to happen all at once, and then, tada! You're done forever. It's far more fun to beautify -- or interestingfy -- your world, bit by bit.