No pucks are necessary, but a puckish attitude might be one mood for this merry DTLA pop-up.

Chances are hot that you're a cool-as-ice hockey star, zooming down the rink, the goalie in sight, and a small and speedy disc just a few feet in front of your bladed feet. 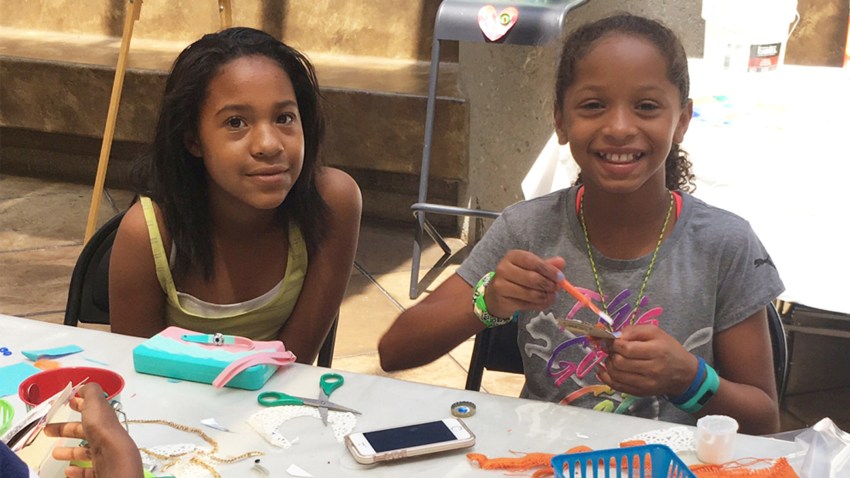 Stay at Home 5 hours ago

Chances are strong that you're at some seasonal spot, the kind of play-fun place that encourages a little showing off, a spin or two, and maybe some posing for your friends, as they, too, put on their best puckish demeanors.

So even if you're not racing after a fast-moving piece of hard rubber, you can still be puckish adjacent to where a lot of hot hockey action takes place.

For the LA Kings Holiday Ice Presented by Coca-Cola is soon to heat up, and by "heat up" we mean keep it cool, right through the holidays and into the first dozen days of 2020.

The frosty, scarf-it-up, mitten-out merriment begins on Nov. 30. And, yes: This is all happening at LA Live, meaning you'll be on some of the most brightly lit ice around, making for some swell snapshot opportunities.

Or, if you want to skip the pictures, you'll simply be able to enjoy the rink's lively scene by the glow of the mega restaurant and bar signs that have become part of the DTLA destination's vivacious vibe.

A general admission ticket is twenty two bucks, and that covers your skate rental, too.

Note that there are a trio of timed sessions each day, so keep in mind you and your puckish pals'll need to choose one of those before you go.

Early-nighters? There's one that starts just around sundown. Push-it-to-the-wee-smalls? The final session of the evening whooshes right up to midnight's door.

Puckish, skate-ready people of LA, here's where you work off some of that post-Thanksgiving take-it-easy energy.

Zoom to downtown starting on the last day of November 2019, as fast as a hockey star as he follows an on-the-move puck.