California residents will be the first to return when the theme park reopens on April 16; special pass holder Bonus Days begin on April 15.

So how does a theme park maven reenter Universal Studios Hollywood, which has remained closed since the middle of March 2020?

You won't need to saddle up your favorite T. Rex, nor wave your Potter-esque wand, or even ask Bumblebee or Optimus Prime to transform into flying machines and sail over those iconic gates.

Rather, you'll need to book your ticket, starting on April 8 for the general public, in order to return to one of the best-known theme parks on the planet.

For Universal Studios Hollywood, the home to the Jurassic World attraction, The Wizarding World of Harry Potter, and a beloved Transformers adventure, will say "hello" again to the general public starting on April 16, 2021.

But like any ride worth its final splash, this tale has a few twists.

The reopening announcement, which was made on Tuesday, March 30, revealed that California residents would be the first to return to the Universal City destination.

Also? Annual and Season Pass Members can stroll back down that much-photographed red carpet outside the entrance beginning on April 15, a day before the public's return. 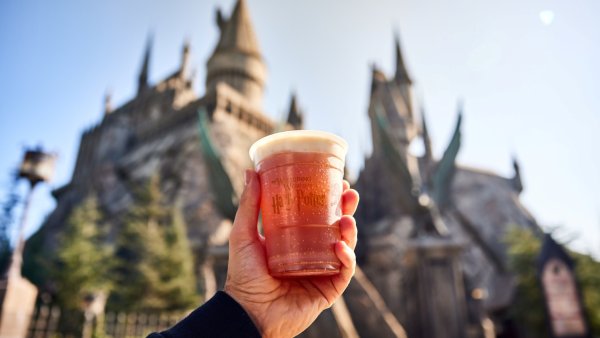 That's the first of a series of special Bonus Days created expressly for pass holders; you can expect that these spotlight occasions will roll out through the first part of spring.

Also? Pass holders can start booking their spots on April 5, a few days ahead of the general public's on-sale ticket date.

From the "important to know" files? "Annual and Season Pass Members will be able to resume regular use of their passes starting on Monday, May 17," says the Universal team.

The theme park crew also says that "... (w)hile most rides will be operational, some rides and attractions will reopen at a later date as the theme park complies with government restrictions."

The thrilling rides of The Wizarding World of Harry Potter, the dino-drenchy Jurassic World, and the all-new The Secret Life of Pets:  Off the Leash! will reopen along with the park, and the timeless Studio Tour will again roll through the iconic Universal backlot.

Capacity will be limited and several safety guidelines will be part of the experience, including temperature checks and the need to wear a mask during your visit (if you need one, face coverings will be available for purchase).

"It has been a very challenging year and we are overjoyed to have arrived at this moment."

For the full line-up of must-knows regarding safety protocols, reopening dates, purchase dates, and what you can expect, turn your T. Rex in the direction of this helpful FAQ now.