It's Hollywood's big weekend, and FIDM has a costume show, while the Academy Museum has sips and film fun.

It's Oscar Weekend: Even if you're not slated to attend the starry cinematic soirée on Sunday, March 27, there are ways to movie-up your life around town. The Academy Museum is serving haute cocktails inspired by Oscar-nominated films through March 27, Fanny's will have a viewing dinner, and at the Academy Museum store? Look for stylish at-home viewing kits for purchase. And about 20 minutes east of Miracle Mile, at the Fashion Institute of Design & Merchandising? A free-to-see movie costume exhibit (it's closed Sundays and Mondays, do note).

Earth Hour: When March nears its end each year, and the final Saturday arrives, you might notice that several structures and businesses around town have dimmed their lights, or fully turned them off. The reason behind the highly visual happening, which takes place from 8:30 to 9:30 p.m.? It's to raise awareness about the issues impacting the planet. Earth Hour began in Sydney in 2007, and famous locations around the globe join in to flip the switch each year. The Pacific Wheel, at Santa Monica Pier, will go dark on March 26 starting at 8:30 p.m., but other regional landmarks will as well.

Kitten Showers: It's almost "Kitten Season," that time of year (think May to November) that sees a notable uptick in young felines at local shelters and rescues. There's a kind-hearted way for cat mavens around Southern California to help, and it involves fostering a kitten, or a few kittens, during the warm-weather months. How to pitch in? Attend an informal "kitten shower" on Saturday, March 26, and learn how to foster a furry lovebug. Feedings, daily care, and other topics will be covered, with a few light-hearted to-dos added to the meowful mix. Sweet: Several spots will participate.

Flowers Abound All Around: So you say you're super-duper into all blossom-y things, the cultivated kind of flowers, and wildflowers, and those little sprigs that show up in surprising spots? Basically you're obsessed with every splendid specimen that sprouts under the sun? The final week of March around our city, and beyond, is a bounty of bloomage to behold. But the big question is this: Where to go? Cherry blossoms are delighting at Descanso Gardens, the wisteria is ultra-winsome at The Huntington, the poppies of Antelope Valley are adding an orange effervescence to our worlds, and The Flower Fields? It's a bright and beautiful scene of super-rad ranunculuses.

Sawdust Pop-up Pops up: Laguna Beach's beloved Sawdust Art Festival is totally a summertime scene, except there's also a Christmas version, which is so jolly and Santa-fied, but wait... there's a spring spectacular, too? "Yes" and "indeedy" are the happy answers to that, but the Sawdust Spring Fling, which is abloom with artworks, and the chance to chat with artists, is a shorter affair, if you're used to the December and warm-weather larks. You can call upon the airy and charming venue, which really does feature sawdust on the ground, over the last weekend of March and the first of April. Seeking unique, handcrafted gifts for Easter, Mother's Day, a grad? Start here. 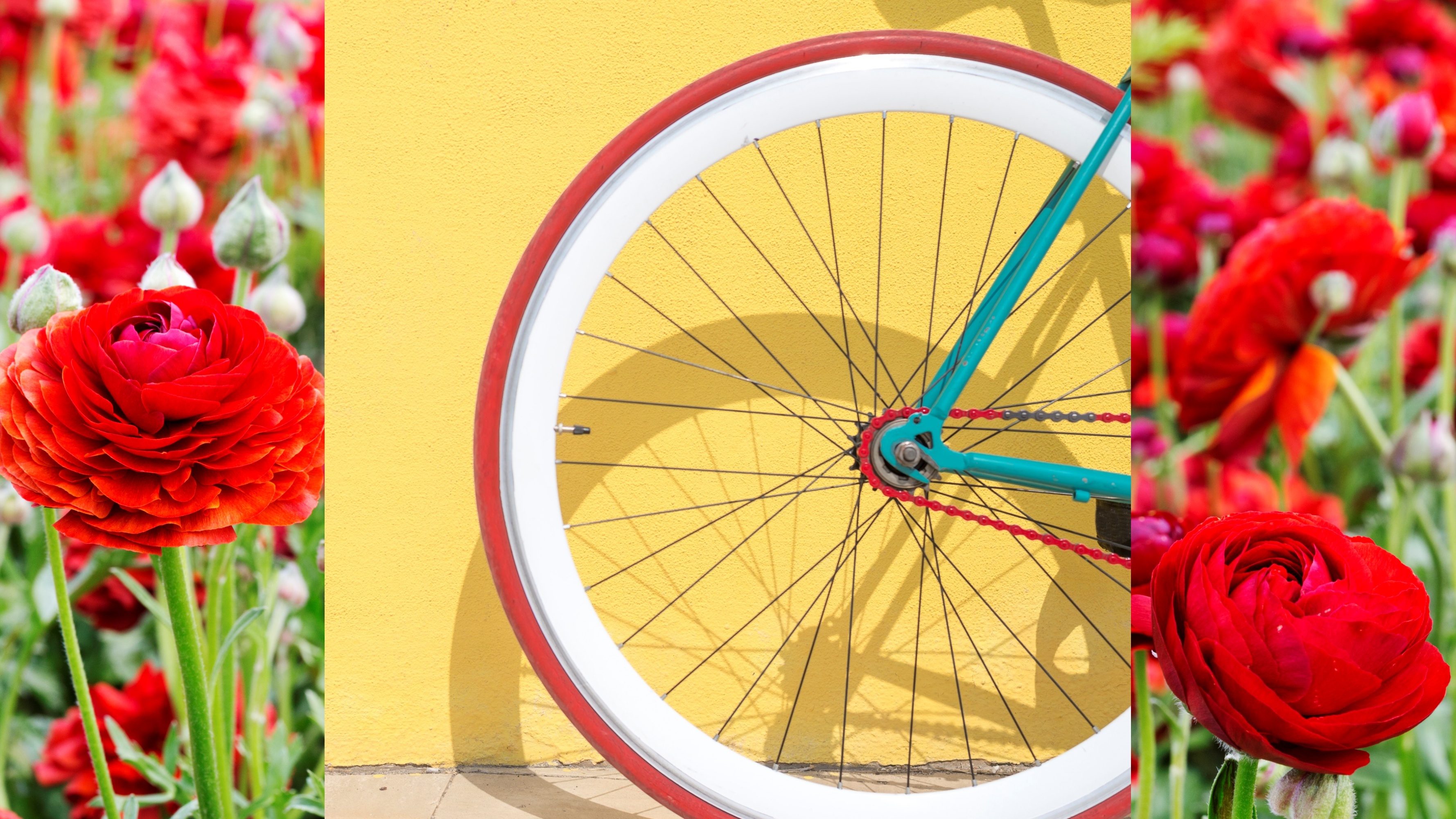 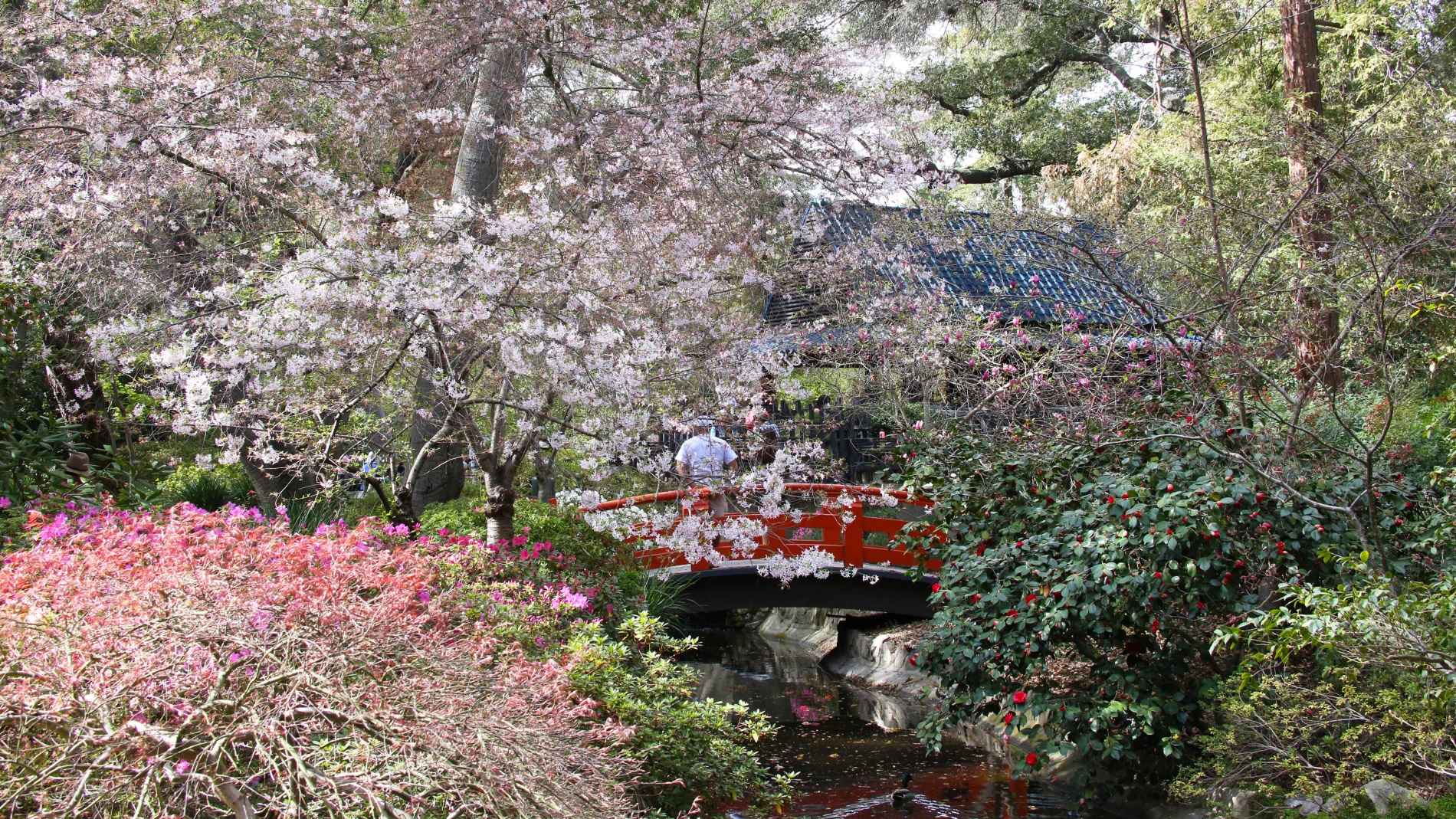