The all-time county record was set at Pierce College in Woodland Hills. The Sunday reading was the highest temperature ever observed at an official recording station in the county.

It was just one of several records smashed over the weekend, when triple-digit temperatures were recorded throughout the region. Even coastal areas and mountains baked in 90-degree heat.

Here’s a look at Sunday’s temperatures.

What's Ahead for This Week

The holiday weekend heat wave maintained its grip, with no significant relief expected until after Monday. An excessive heat warning was in effect until 8 p.m. Monday for LA and Orange counties.

The heat was expected to ease by about 10-12 degrees on Monday, but still remain above 100 degrees in many areas. More significant easing was expected later in the week, with  temperatures mostly in the mid-to-upper 90s in all but the warmest areas of the valleys.

“It’s not going to be as hot, but we can’t let our guard down,” said NBC4 forecaster Belen De Leon. "Good news though, in the overnight hours we’ll have some relief.

"Little by little, we cool things down as we approach the weekend."

A smoke advisory is in effect from the Santa Clarita Valley through the San Gabriel Valley and into the Inland Empire due to wildfires near Azusa and Yucaipa.

Winds are expected to pick up Tuesday and Wednesday, which means any brush fires will likely spread rapidly. 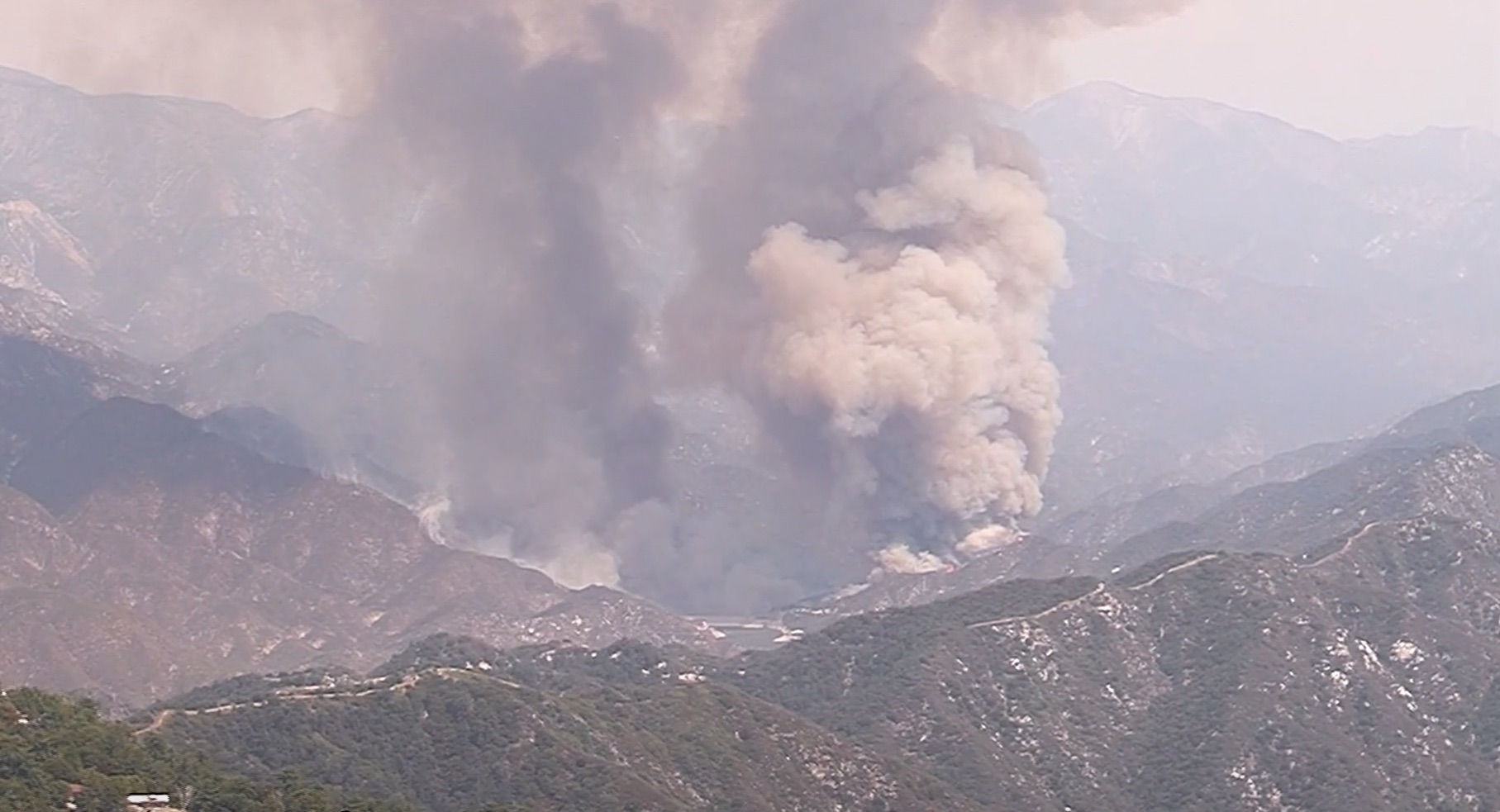 The heat wave wreaked havoc on the local power grid, with Southern California Edison and the Los Angeles Department of Water and Power reporting scores of scattered outages that left thousands of people without electricity all day long. Some DWP customers were not expected to have their power restored until Monday.

The California Independent System Operator, which manages the power grid, announced that a Flex Alert -- a call for voluntary conservation -- will be in effect from 3 to 9 p.m. through Monday. Urging voluntary conservation is an effort to stave off too much strain on the state's electrical system, possibly leading to rolling power outages, like those that occurred during high heat last month.

The hot weather is being attributed to a high pressure system, which is forecast to settle into the Great Basin area. Dry conditions have taken hold, partly because of the absence of monsoonal moisture. Humidity levels would fall to single digits in interior areas of LA County, and a red-flag warning for increased wildfire danger was in effect through 10 p.m. Monday for the LA County mountains.

Several brush fires broke out Sunday, including a wildfire burning near Cogswell Dam in the Angeles National Forest. No evacuations were ordered for the fire burning north of Azusa, but drivers were urged to avoid Highway 39 so it can be used exclusively for emergency vehicles. Smoke from that fire was seen for miles, and was contributing to unhealthy air quality in the region.

In San Bernardino County, the El Dorado Fire has burned thousands of acres in the Yucaipa area. Evacuations remain in effect due to the first that started Saturday. The cause was a smoke machine used for a gender reveal party.