A two-day “pity party" is all Tarsha Rodgers allowed herself after receiving her breast cancer diagnosis. After the self-pity came, she decided that she would help other women like her.

In 2014, Rodgers was diagnosed with stage 2 breast cancer. There were second and third opinions, surgeries, radiation, chemotherapy, and the reality of losing her hair.

“At the end of the day, it's about saving your life," Rodgers said. “But every female who goes through this [thinks], 'you're taking so much from me, now you want to take my hair, too?' So, it's like… no… you can't have it…. You can't have it.”

So Rodgers researched and decided on "cold cap therapy." The ice packs keep much of the chemotherapy from reaching the hair follicles. For some women, it can mean saving some of their hair, but for Tarsha, it was an effective method.

“I didn't lose one lick of hair," Rodgers said.

This was a win, but the chemo wore down Rodgers physically. Her spirit, her soul, and her shine were fading.

“So I'm laying on the floor and I'm like 'take me now,'” Rodgers said. “It's like this voice from God said ‘I have a purpose for you’ and I picked up a pen and pad and just started to write."

Rodgers’ lyrical response to cancer then ignited the rebuilding of her spirit.

“I stand strong each and every day. I fight to win… never giving up or giving in… still I rise… I rise,” Rodgers sings.

"Still I Rise From Cancer” is the title of her of her personal fight song, which is also the name of her nonprofit.

“You can’t go through this by yourself,” Rodgers said. “You gotta have support.”

"Still I Rise" awards scholarships to cover the costs of cold cap therapy for eligible women who apply.

In Feb. 2019, Erika Collins was diagnosed with triple negative breast cancer, which according to the American Cancer Society, is more common in black women and considered more aggressive and more difficult to treat.

"If my babies weren't in the car,” Collins said. “I probably would've screamed at the top of my lungs."

The screaming came later, and so did the tears. But this single mother vowed to fight and not just for herself.

The cold cap therapy wasn't an option, so Erika lost her hair during her six months of chemo, and by October, she was cancer free, healthy enough to go back to work, but she didn’t feel or look like the old Erika, so she reached out to Rodgers and her foundation

“I think this one might be perfect for you," Rodgers said as she places a wig on Collins.

The "cold cap" scholarship is just one layer of Rodger’s organization. She also connected and partnered with the Magic Hair Company in Culver City, where each wig is custom fit, cut, colored and styled by Magic Hair Company's own Janiece Russell.

And the cost of each wig can sometimes run as much as $1,400 -- all covered by Rodger’s nonprofit.

“I’m here for a purpose,” Rodgers said. “I'm here to serve and I walk in that purpose.”

One woman giving her sisters the support and strength to fight to win -- to fight to live.

“Thought you could knock me out,” Rodgers said. “But you didn't know I have the strength of an eagle, and I'm here to remove the doubt.” 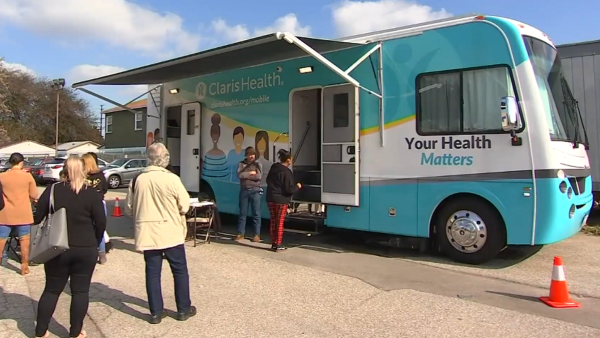 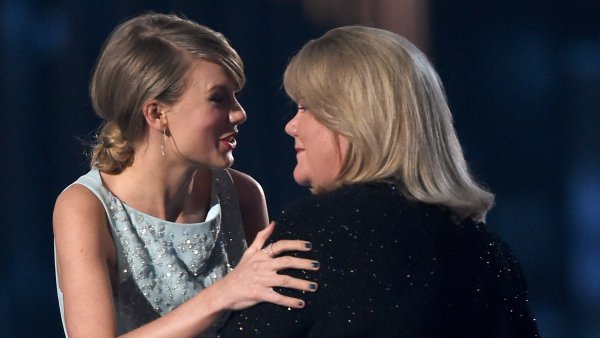 Taylor Swift Reveals Mom Has Been Diagnosed With a Brain Tumor