We unearth five storylines you need to know before the winner-take-all Game 7 of the 2016 World Series between the Chicago Cubs and the Cleveland Indians on Wednesday night.

The World Series is the gift that keeps on giving.

Thanks to a 9-3 victory by the never say die Cubbies in Game 6 at Progressive Field, the world has been given one of the greatest gifts for any and all sports fans alike, a Game 7.

Game 7 is the final curtain of sporting events. Years of hard work, blood, sweat, tears and heart are all poured into one night where the winner is crowned the champion, and the loser is tormented with the specters of the night's significant moments for all eternity.

The storylines and narratives are an author's dream on Wednesday night in Cleveland and thus we'll try and tap into some of the best of the best for the common fan to look out for when the Cubs and Indians take the field for the final time in the 2016 MLB season.

The lowly Indians are right behind them with a 68-year drought, having last won the fall classic in 1948. The two teams have combined for 176 years of championship futility, and currently rank first and second among MLB teams with the longest World Series droughts. We don't know who will win on Wednesday night, but one thing is for certain, one team's historic drought will come to an end. 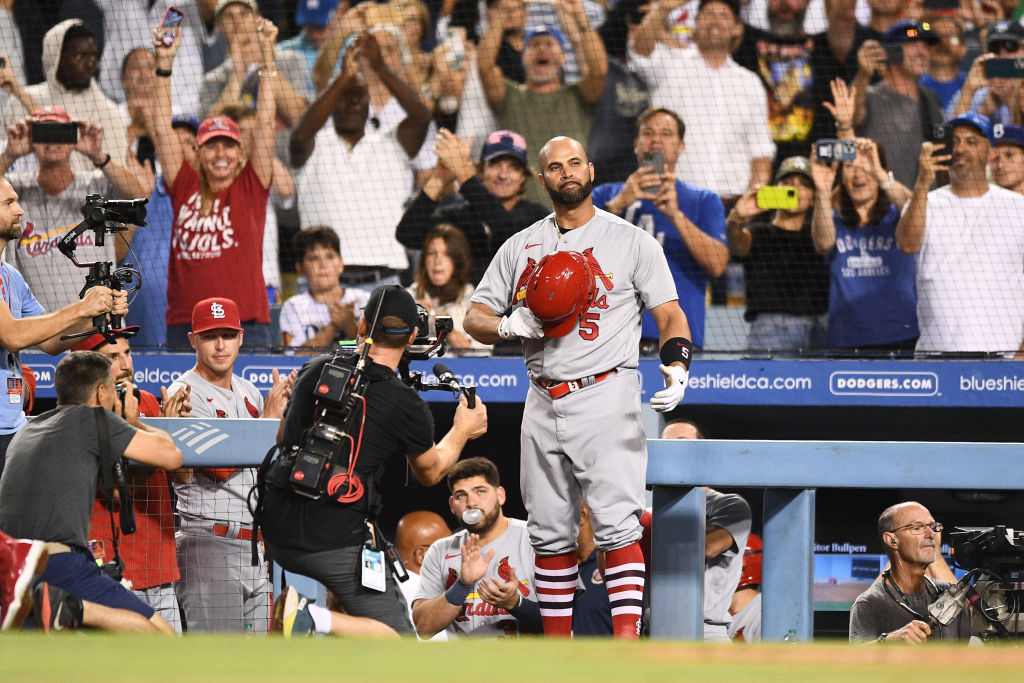 When the Chicago Cubs clinched the National League Pennant by virtue of their 5-0 shutout over Clayton Kershaw and the Los Angeles Dodgers, it was fitting that the team that first broke the color barrier when Jackie Robinson integrated into the sport in 1947, was the team that paved the way for Cubs centerfielder Dexter Fowler to become the first black player to play in the World Series for the Cubbies.

Fowler will also look to end a difficult chapter in Civil Rights history as he can become the first black player to win a World Series championship for the Chicago Cubs. There are a handful of MLB teams who have never won a trophy, but since baseball became integrated, only the Cubs have never had the honor of winning a World Championship with a black player on the team. That can all end on Wednesday.

Ivy League ace, Kyle Hendricks gets the start in Game 7 for the Cubs and the former Economics major from Dartmouth will look to make history as the first Ivy Leaguer to start and win a Game 7 of a World Series.

Following in his place, will be a locked and loaded Chicago bullpen that will have over $80 million of collective talent in it. There's no doubt that if the Cubs have a lead, we will see Aroldis Chapman again. If Henricks runs into trouble, expect to have all hands on deck as Game 4 starter, John Lackey, Game 2 and Game 6 winner Jake Arrieta and Jon Lester who has a career World Series record of 4-1 with a 1.68 ERA.

As the Chicago Cubs will have an "all hands on deck" approach to Game 7, the Indians will likely only allow four pitchers to take the mound. Corey Kluber will make this third start of the World Series in Game 7, and is 2-0 with a 0.75 ERA so far in the fall classic.

If Kluber can get the win, he will become just the second pitcher to win two consecutive starts in the World Series on short rest, joining Jack Morris of the Minnesota Twins in 1991.

Behind Kluber is a well rested Andrew Miller who has surrendered just one run in the entire 2016 postseason (17 innings). If need be, Miller will be available for two-to-three innings and will come in during the most high pressure moment in the game.

After Miller are relievers Bryan Shaw and Cody Allen. Combined, the four mentioned pitchers are 3-0 with a 0.72 ERA with 39 strikeouts in 25 World Series innings.

5.    Turning the Table on Cleveland

The Cleveland Indians are looking to join the Cavaliers in bringing a championship to "Believeland" in 2016. LeBron James and the boys famously overcame a 3-1 deficit to the Golden State Warriors in the NBA Finals to reach the mountaintop.

On Wednesday, in Game 7, the Chicago Cubs are looking to turn the tables on Cleveland and become the first time in World Series history to overcome a 3-1 deficit on the road since the Pittsburgh Pirates did it in 1971. They will also become the first 100+ win team (not named the Yankees) to win the World Series since 1986.