This article is no longer being updated. For the latest storm coverage, click here.

Between a quarter and a third of an inch of rain was recorded throughout Santa Barbara County through Tuesday evening, the first of three days of rain in Southern California. Los Angeles, Orange, Riverside, San Bernardino and Ventura counties are under flash flood watches Wednesday.

"It's the biggest storm of the season in terms of rainfall rates and the duration," said NBC4 forecaster Shanna Mendiola.

Trace amounts were beginning to fall early Wednesday in some parts of Los Angeles County, which will see more intense rainfall later Wednesday and Thursday. The worst of the storm is expected between midday Wednesday through Thursday, bringing 2-5 inches of rain to coastal areas and valleys, and 5-10 inches in foothills and mountains.

An atmospheric river -- a huge plume of subtropical moisture -- is aimed at the state's central and southern coast, where wildfire scars have left foothill communities vulnerable to flooding and debris flows.

Tens of thousands of people have evacuated communities in Ventura County and on the south coast of Santa Barbara County, where a Jan. 9 deluge unleashed debris flows into Montecito that left 21 people dead and damaged or destroyed hundreds of homes. That storm included an overnight downpour that loosed hillsides in the Thomas Fire area, triggered a poweful onslaught of mud and debris.

Deputies were going door to door urging residents to evacuate.

Many residents in Santa Barbara and Ventura counties have faced repeated evacuations or advisories since December, when a wind-driven fire grew into the largest in recorded state history and destroyed more than 1,000 buildings.

Montecito resident Garrick Hyder evacuated for the December wildfire but not ahead of the January mudslides, which destroyed items in his garage that included a motorcycle and thousands of dollars' worth of snowboarding and scuba-diving equipment. Hyder watched as rescuers retrieved several bodies over several days from in front of his house. Mudslides had swept the dead from their homes miles away to the coast.

Hyder evacuated four days after the mudslides and then again when another storm threatened the area a week ago.

"I'm on No. 4 now," Hyder said Tuesday as he packed his car. "It's pretty crazy. It's kind of the price of living in paradise."

Hyder was planning to stay in Los Angeles overnight and then head up north to Lake Tahoe to make the most of his latest evacuation.

"I'm getting used to this," he said. "It's kind of desensitizing."

Los Angeles County authorities put thousands on notice late Tuesday to be ready to evacuate from neighborhoods in the foothills of the San Gabriel Mountains, which have also been badly hit by wildfires. 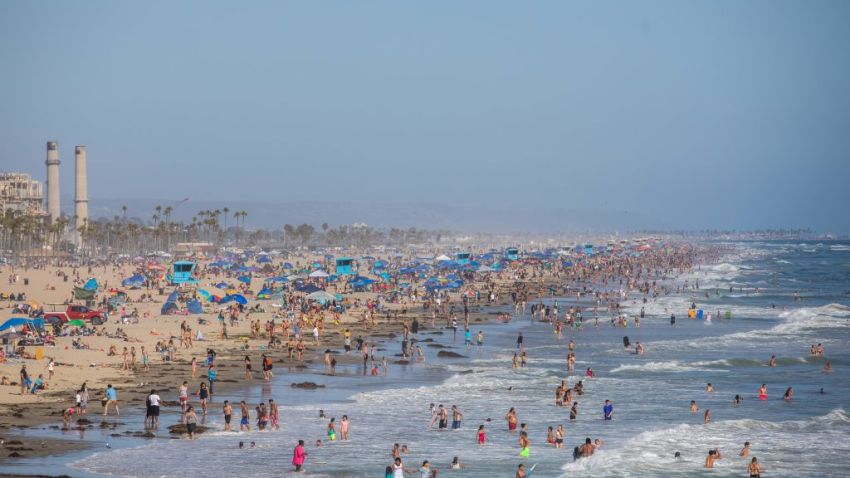 Camille Joos-Visconti, her husband and their three children were staying in their home in the foothills of the San Gabriel Mountains in Los Angeles. For now.

"We have three dogs, two newborn kittens, a 20-pound iguana, a 5-foot snake, three young kids, and I'm pregnant," said the 32-year-old Joos-Visconti. "It's just so much to deal with."

The family's area has also been burned bare from recent wildfires and their home is prone to flooding. Their area is on notice to evacuate Wednesday.

Joos-Visconti said the family has evacuated three times since September and can be out of the house with everything they need in five minutes if necessary.