Dodgers Could Have Over 11,000 Fans For Opening Day World Series Ring Ceremony

The Los Angeles Dodgers are a champion with the blues.

On the one hand, the team is ecstatic that they finally won the World Series in 2020, ending a 32-year drought.

On the other hand, lifting the Commissioner's Trophy inside Globe Life Field, nearly 1,500 miles away from Dodger Stadium can be melancholic to say the least.

The Dodgers Game 6 victory over the Tampa Bay Rays under normal circumstances would have been held at Dodger Stadium. The same field that the team was forced to watch not one, but two opposing teams celebrate winning a World Series on in the last few years.

Last season was supposed to be the Dodgers turn to celebrate winning the Fall Classic on their own field. At the very least, host a parade down Vin Scully Ave. Instead, the bittersweet victory was filled with both jubilation and controversy.

Because of the COVID-19 pandemic, the Dodgers were unable to host fans during the 2020 regular season, when fans were finally allowed, it was on a neutral field in Arlington, Texas. And when they did finally vanquish the demons and win their first World Series since 1988, they were not allowed to celebrate with their fans.

Thankfully, all that is about to change.

Los Angeles County is expected to move into the red tier of the state's four-tier coronavirus guidelines on Monday. That tier will allow Dodger Stadium to host fans at 20 percent occupancy, roughly 11,200 fans.

Ironically, the last game Dodger fans were able to watch the team play live at Dodger Stadium was also against the Washington Nationals during Game 5 of the National League Division Series in October of 2019.

The details on how the team will allocate available tickets has yet to be released, but Monday's announcement of moving into the red tier means that fans will finally be able to celebrate with Clayton Kershaw and the rest of the team as they receive their World Series rings during the home opener.

The move in tier also means that fans will finally be able to watch Mookie Betts play baseball in a Dodger uniform for the first time at Dodger Stadium.

Tickets are expected to sellout fast if and when they do become available to the general public. Last month, after 2,400 tickets (also 20 percent capacity) were made available at Camelback Ranch for the Dodgers first spring training game they sold out in less than two hours.

In an another ironic twist, Dodger Stadium is currently home to one of the largest vaccination sites in the country. That means that as more and more people become vaccinated, more fans will be allowed inside the stadium to watch the Boys in Blue.

California currently has a four-tier format for reopening safely. Currently, Los Angeles county is in the purple tier, the most restrictive of all the tiers. Under the purple tier, only 100 fans would be allowed in the stadium, and no concessions would be sold.

In the red tier, the stadium is allowed to open to 20 percent capacity and will be able to sell concessions. Shortly thereafter, as more people are inoculated and conditions improve, Los Angeles County can move into the more moderate orange tier.

Under the orange tier, Dodger Stadium will be allowed to open to 33% capacity, meaning over 18,000 fans could be allowed inside Chavez Ravine after the month of April.

The fourth and final tier would be the yellow tier. Once LA County enters the yellow tier, Dodger Stadium will be allowed to open to 67% capacity, which would equal nearly 37,000 fans.

On Thursday, President Biden announced that he will direct all states to make every adult eligible to receive a vaccination by May 1. If that happens, it remains within the realm of possibility that Dodger Stadium could open up to full capacity by the end of the 2021 season. 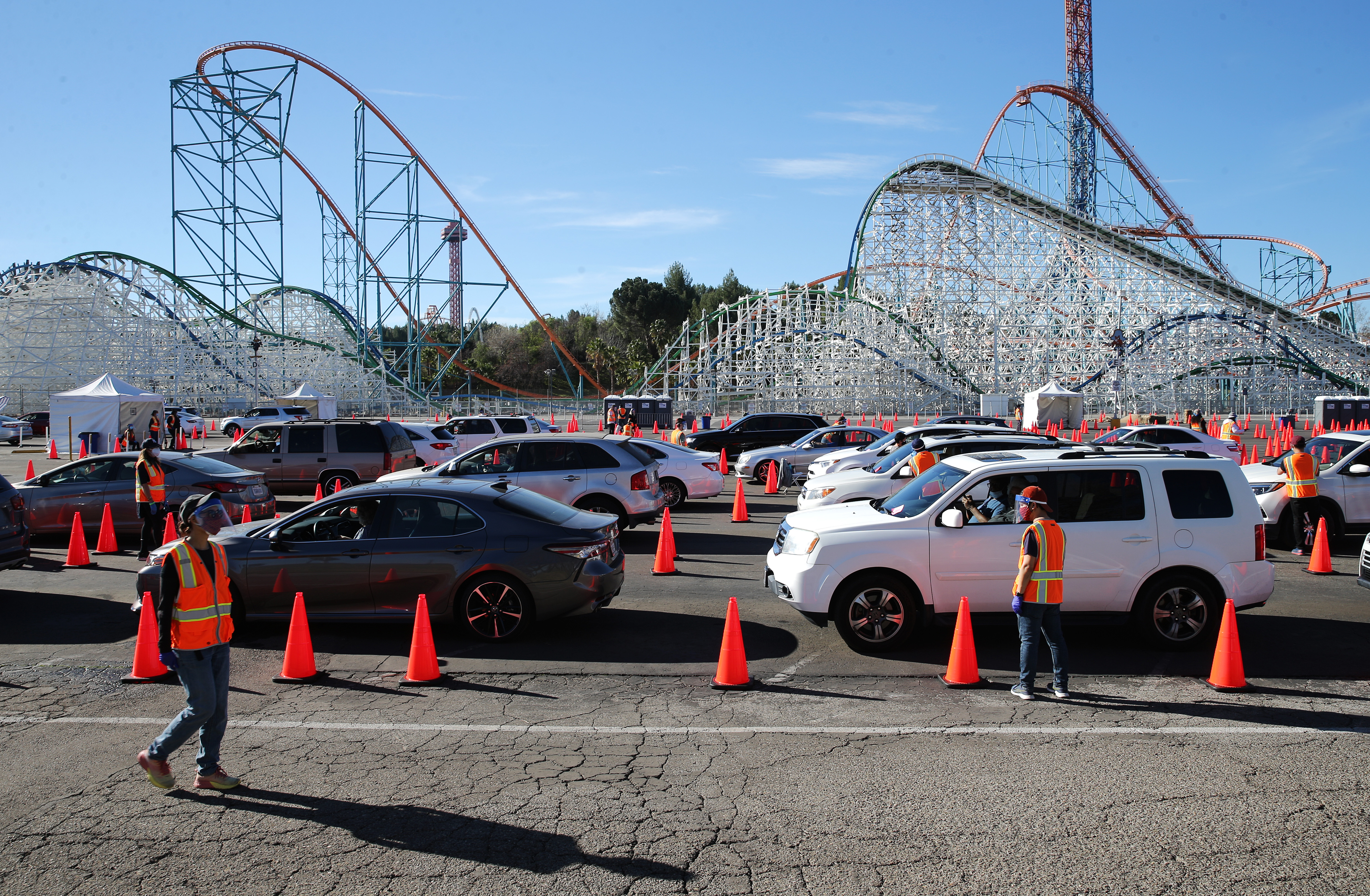 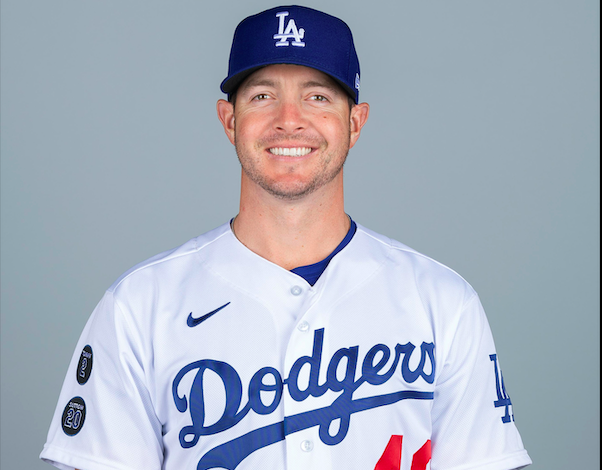 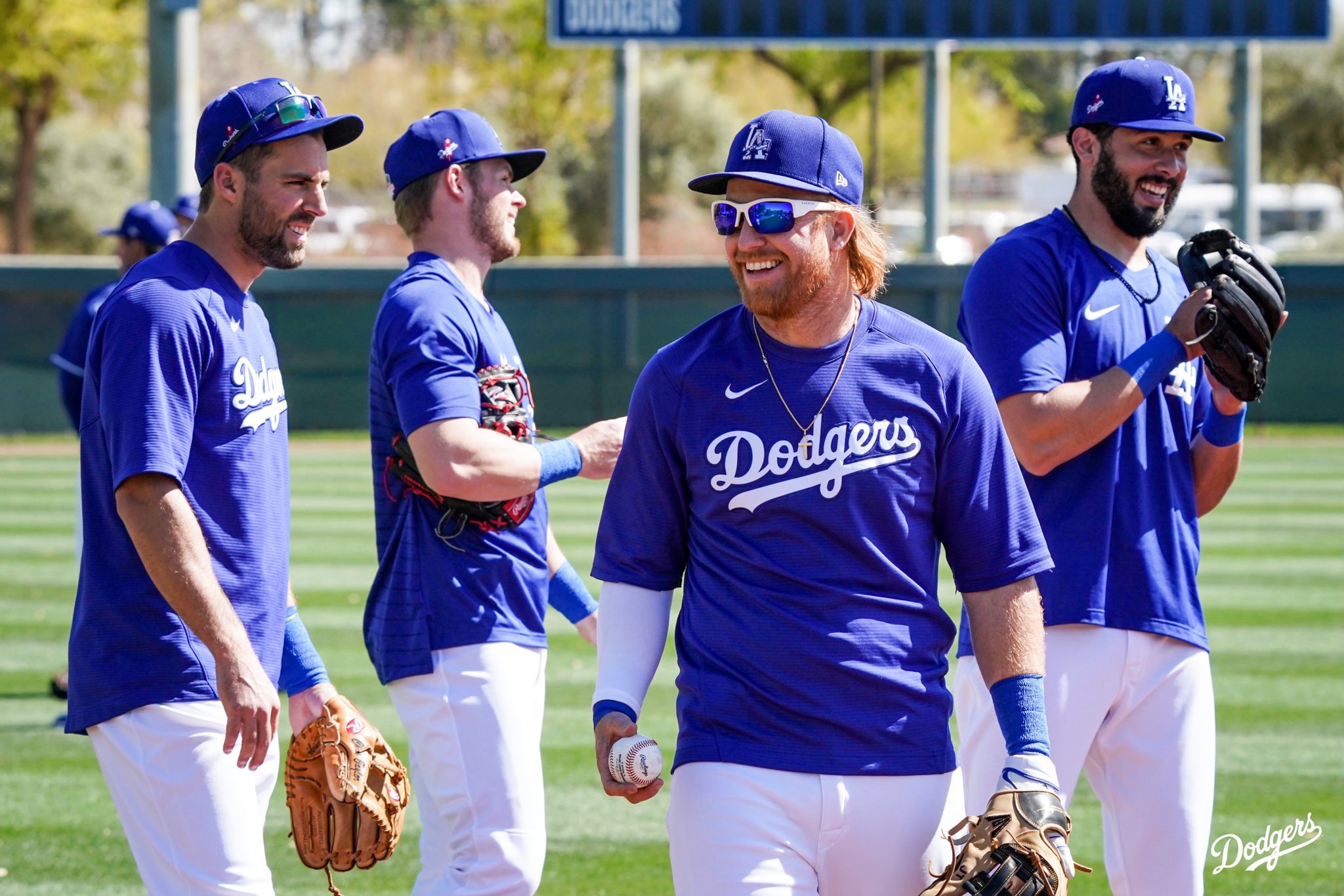 Dodgers Spring Training: Justin Turner Makes 2021 Debut, Believes There Still Could be a DH in the NL