Make that its first permanent shop: Prince Street Pizza has popped up in LA in the past, but its new West Hollywood digs are here to stay.

So you say you're a student of national food holidays?

Then you know the crust, er, the thrust of the matter: Pizza is the calendar's ultimate king.

There are several pizza holidays found throughout the year, occasions that spotlight cheese pizza, pepperoni pizza, pizza bakes, and even Pi Day, too, in March.

But a new pizza day may make its way into our worlds, at least around Southern California, starting on Nov. 14, 2020.

For that's when a saucy New York City stalwart finally opens its first permanent restaurant in Southern California, after a few pop-ups to get both NYC transplants and new LA fans stoked.

The raved-over gem that's about to add mozzie moxie to our stellar city? It's Prince Street Pizza, a spot know for its Sicilian-style squares.

It's a pizza that prompted local fans to queue up for a visiting pop-up earlier this year.

And now those same people, and anyone else who digs spice-rich squares of cheesy deepness, can get their Prince Street Pizza flavors whenever they like, and not just during a quick, three-day window.

One of the headlines sure to be a conversation-starter for 'za-centric foodies? 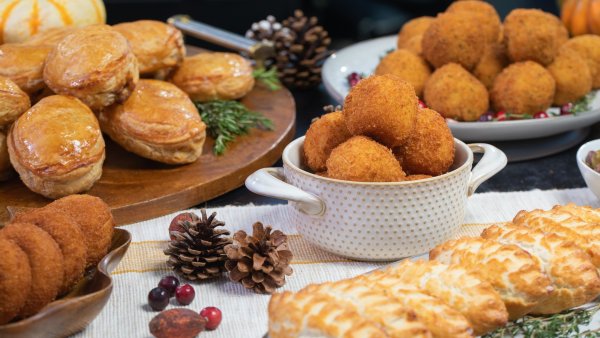 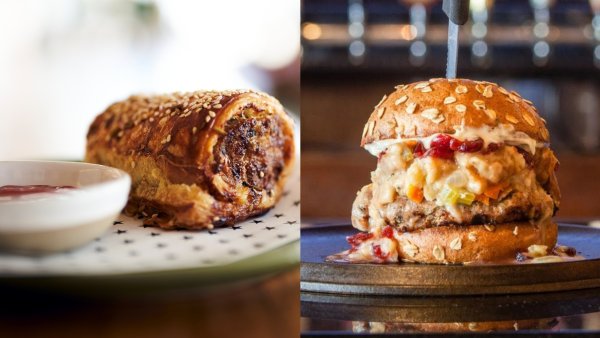 Thanksgiving Tastes Pop up in a Sausage Roll and a Burger

There's a "New York City water filtration system" now installed at the 9161 Sunset Boulevard eatery, just in case one of your core cuisine beliefs is that the secret to great pizza is not in the dough but the H2O.

The filtration system is all "... (t)o give Angelenos an exact taste, experience, and definition of Prince Street Pizza," says the eatery's team.

As for enjoying that "exact taste"?

There are several way to do so, from the Spicy Spring, which boasts Fra Diavolo sauce, spicy pepperoni and fresh mozzarella, to the Prince Perfection, which takes its kicky character from a sauce that remains a secret.

And if you want to show off your Prince Street Pizza fandom? The pizza perfecters are launching a clothing capsule with clothier Madhappy, so check out the crewneck, tee, and hat.

Look also for a logo'd pizza cutter, apron, and other accessories and necessities to be sold in addition to the rectangle'd pies and slices.

You may be wondering, if you've visited the New York City pizza parlor, if the Sunset shop will be similar.

That's the goal: Look for slices and sodas to be sold, in addition to the PSP merch.

Want it delivered? DoorDash is on board to handle the pizza-to-your-pad end of things.