Amusement parks, those attraction-packed, ride-laden, dessert-decadent destinations, exist all over the world, in all sizes, with all sorts of fun features.

But only one sits on the world-famous Santa Monica Pier: Pacific Park, home to the world's only solar-powered Ferris wheel, the Pacific Wheel, as well as several other rides, and game booths, and places to purchase cotton candy, ice cream, and other classic treats, too.

This bulb-twinkly, calliope-cool spot is celebrating a milestone birthday on May 26, one that should prompt its many fans to raise their ice cream cones up high in sunny salute.

Since it opened on May 26, 1996, Pacific Park has welcomed over 25 million guests, visitors who did not pay an admission fee to step inside and stroll around the effervescent area.

For the diversion-filled location does not charge anyone to enter, a policy that makes it something of a stand-out in the realm of amusement parks (for many do charge an entry fee).

There are other notable things about Pacific Park, like the fact that it is home to a dozen rides and attractions, the kind of nostalgia-driven delights people have long associated with old-school, highly visual boardwalks. 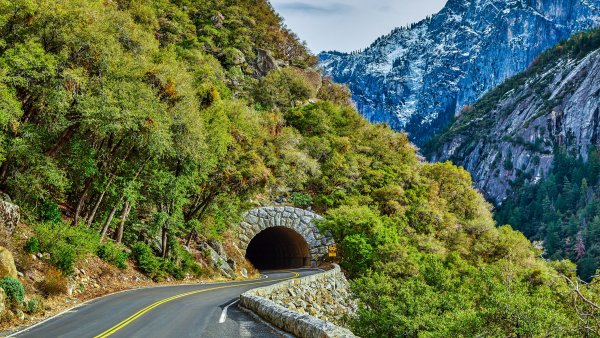 Sierra Adventurers, the Tioga Road Is Set to Reopen

And speaking of old-school boardwalks: Pacific Park's 1996 debut was a big moment for Santa Monica Pier, which hadn't hosted a similar amusement-themed experience since the 1930s.

In addition to the Pacific Wheel, people come to get their hair marvelously mussed while enjoying The West Coaster, "a steel roller coaster that races 55 feet above Santa Monica Bay," while other kid-pleasers, like Inkie's Air Lift Ballon Ride, stay busy with families looking for fun.

There are other draws, too, including the cotton candy (over 1,100,000 airy cones have been spun in the last quarter century) and the midway games (if you've won a plush prize at one of the booths, you're part of a local tradition; over 4,750,000 plushies have been handed out to happy victors).

"While we are extremely proud to celebrate the Park's anniversary, we could not have imagined being at this point in Pacific Park’s 25-year operation and presence on the Santa Monica Pier."

"This has been a very long journey. We have strived to navigate the pandemic safely with the wellbeing of everyone associated with the Park," says Jeff Klocke, Vice President and General Manager at Pacific Park on the Santa Monica Pier.

"I welcome everyone back and appreciate seeing guests in the Park as they enjoy an amusement ride, playing a midway game or sharing a funnel cake. And it is spectacular to watch the world-famous solar-powered Ferris wheel turn again against the backdrop of the setting sun, Santa Monica Coastline and Pacific Ocean."

Happy 25th to a joyful gem, a pay-nothing-to-get-in play spot that is full of sweet sounds, sights, and sunshine.

And by sunshine, of course, we mean both the beams from the sun above and the sunny mood of the guests strolling the ocean-breezy midway, waving down from the Pacific Wheel, and, yes, getting their fingertips sticky while devouring a freshly spun cone of cotton candy.