How You Can Help When You Don't Know Where to Start

The nationwide protests that have erupted following George Floyd's death while in police custody have helped serve as a catalyst for awareness and conversation on racism and injustice in America.

Cellphone video taken on May 25 shows Floyd, a Black man choked by a white police officer in Minneapolis, begging the officer to remove his knee from his neck. "I can't breathe," Floyd can be heard saying while handcuffed and pinned to the ground.

Four days later, former officer Derek Chauvin -- who worked for the Minneapolis Police Department for more than 18 years with a history of prior complaints -- was charged with third-degree murder and second-degree manslaughter. On June 3, the charges against Chauvin were later upgraded to felony-second degree murder. That same day, the three other officers that were involved in the detainment that preceded Floyd's death were also arrested and charged.

Over several nights, police have unleashed tear gas, rubber bullets and pepper spray, arresting protesters during demonstrations across the country. In many communities, what started as a peaceful protest ended in chaos, when looters began ransacking and vandalizing local stores and businesses and setting fires to buildings. 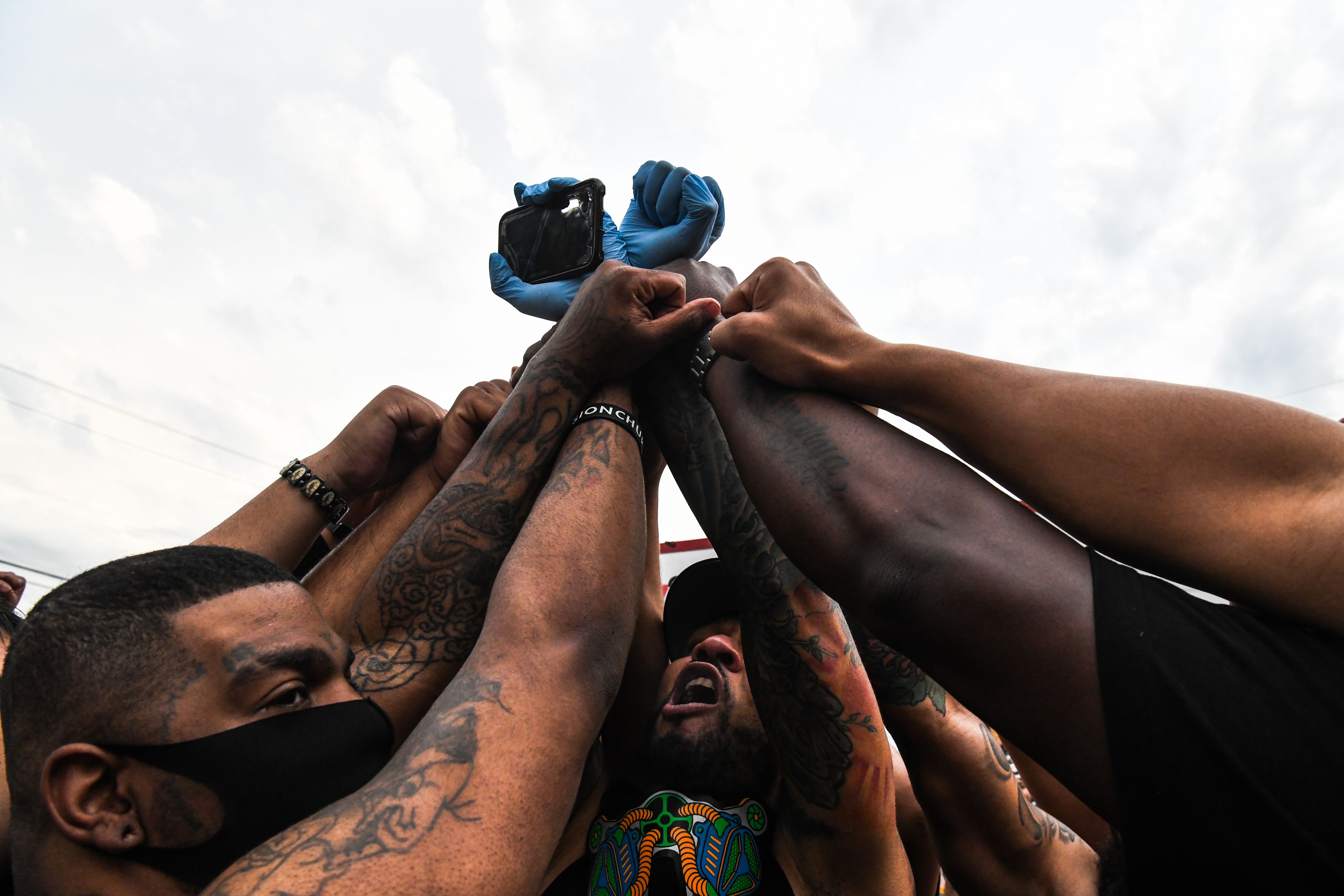 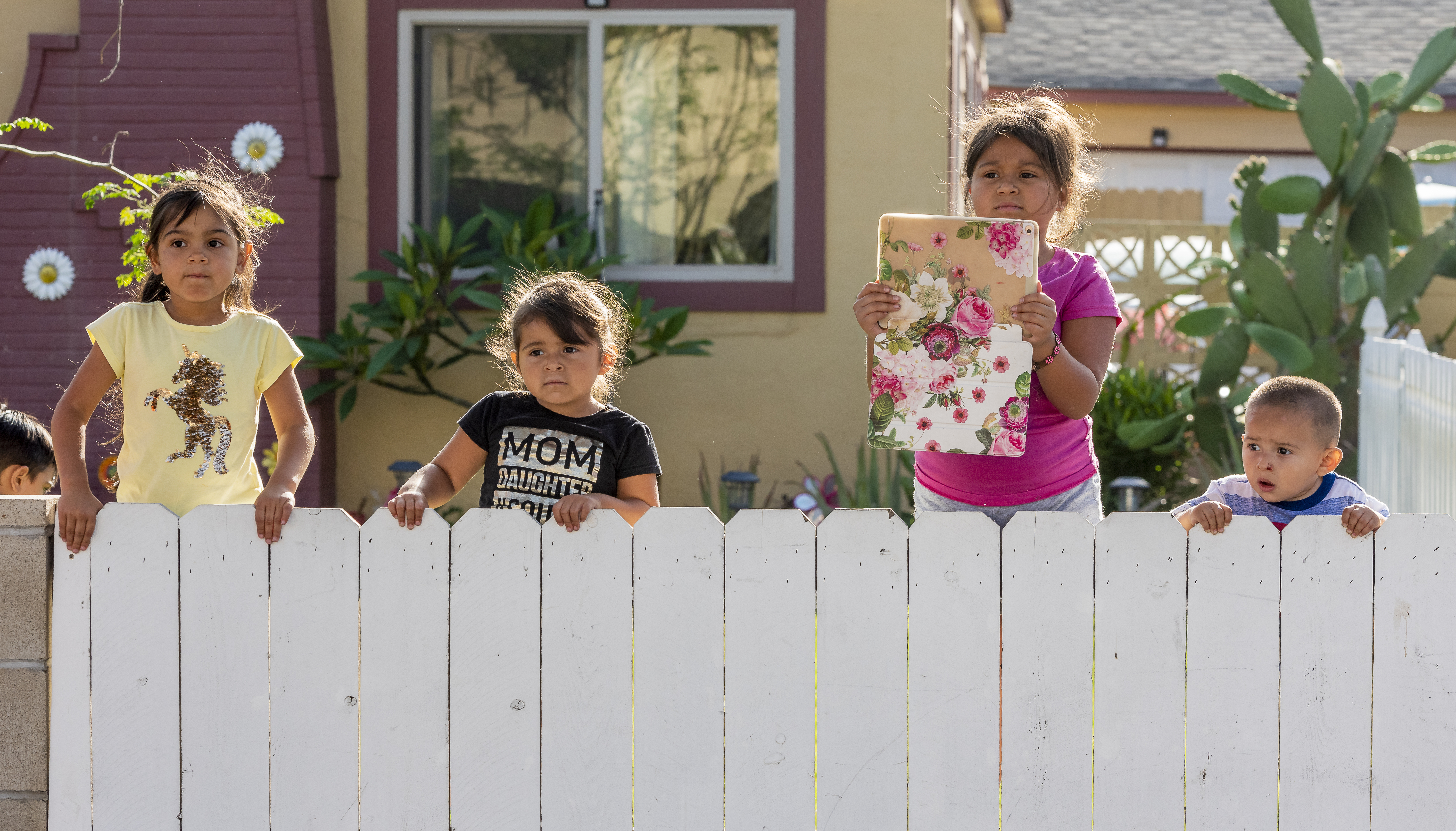 The protests and demonstrations opposing racism and police brutality have also coincided with the loosening of stay-at-home orders, just as cities have just begun to reopen their businesses and economies in the midst of a global pandemic.

Feeling helpless? Here are some things you can do when you want to do better, but don't know where to start.

'Take Action' With the ACLU

The American Civil Liberties Union (ACLU) of Southern California defends the fundamental rights outlined in the United States Constitution and the Bill of Rights. These include the right to freedom of speech and assembly, the right to religious freedom, due process of law, equality before the law and the right to privacy. Click the "Take Action" tab to send messages to state and local representatives.

From articles to read, to videos to watch, to educational toolkits, this Google Doc -- which has been widely circulated on social media -- "is intended to serve as a resource to white people and parents to deepen our anti-racism work. If you haven’t engaged in anti-racism work in the past, start now." 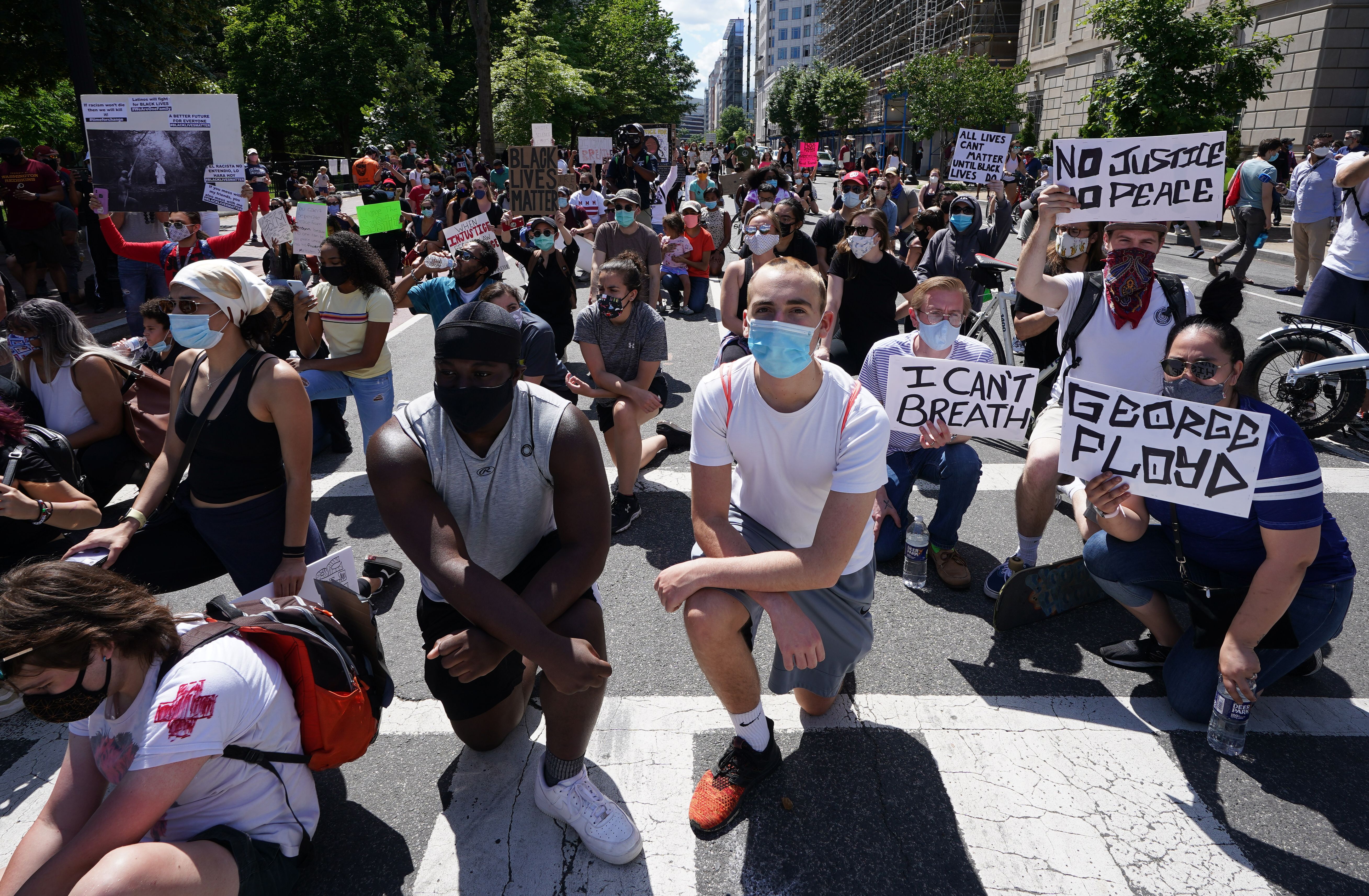 15 Powerful Moments From Protests Across the Country 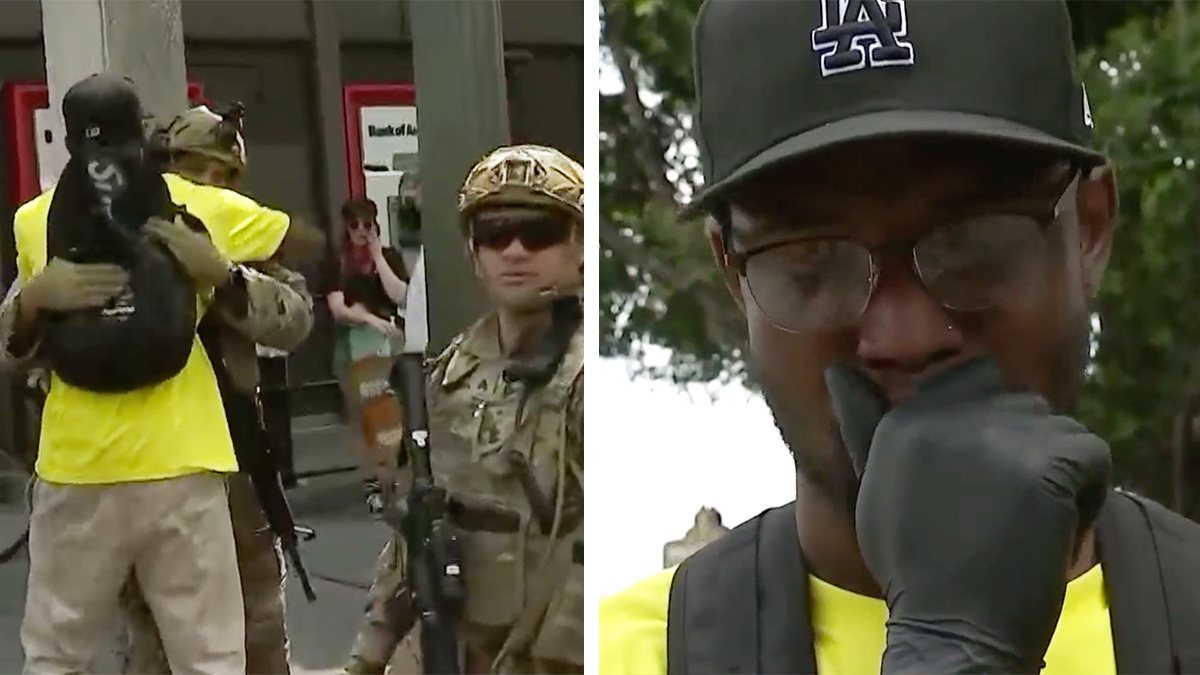 If you attend a local demonstration, ensure that you are still adhering to your area's guidance on face coverings and social distancing.

Join a local Black Lives Matter chapter. The global organization has chapters in more than a dozen U.S. cities including Los Angeles and Long Beach. Interested in starting a chapter? Here's how.

You can help fund the Black Lives Matter movement here. You can donate to a community bail fund here. The Minnesota Freedom Fund has paused bail fund donations, but Reclaim the Block has posted a list of worthy orgs.

In Los Angeles, the Peoples City Council Freedom Fund is accepting donations that will go toward legal assistance, healthcare and supplies and protective gear for protesters.

Finli, an LA-based technology platform whose core mission is to "Financially Lift" neighborhood schools and studios, pledged $10,000 to kickstart Finli Grant. You can donate here to support Black-owned businesses.

Here's how to donate to legitimate nonprofits, and avoid scams and illegitimate organizations trying to take advantage of the situation.

Some establishments are donating proceeds to organizations that support the Black community and combat racial injustice. Sightglass will be donating 100% of sales from their LA roastery (and open locations in SF) this upcoming weekend (June 6-7) to the ACLU and Act Blue.

Get involved with the Innocence Project. Founded in 1992 by Peter Neufeld and Barry Scheck at Cardozo School of Law, the Innocence Project exonerates the wrongly convicted through DNA testing and reforms the criminal justice system to prevent future injustice. Take a stand against wrongful convictions by joining a local organization, inviting an exoneree to speak or signing up for volunteer opportunities.

Know Your Rights Camp is a free campaign founded by Colin Kaepernick to raise awareness on higher education, self empowerment and instructions on how to properly interact with law enforcement in various scenarios. Camps have been held across the country from Oakland to New York.

The Movement for Black Lives

From leadership development to a Week of Action, the Movement for Black Lives "makes it possible for us, and therefore everyone, to live healthy and fruitful lives."

In 2014, former President Barack Obama launched My Brother's Keeper "to address persistent opportunity gaps facing boys and young men of color and to ensure all youth can reach their full potential." Within the Obama Foundation, MBK Alliance focuses on building safe and supportive communities for boys and young men of color where they feel valued and have clear pathways to opportunity. From becoming a mentor to supporting your local MBK community, you can get involved here.

Get Involved With the NAACP

"NAACP membership makes a positive difference in the lives of Americans, and provides an opportunity to become an important part of a network of hundreds of thousands of member advocates." Here's how to get involved.

The NAACP also has a Legal Defense Fund. Donations to the fund help win landmark legal battles, protect voters across the nation, and advance the cause of racial justice, equality, and an inclusive society. Donate here.

Read About Racism and Racial Injustice

Vroman's Bookstore in Pasadena has also put together a reading list to help educate about racism, anti-racism and more. See it here.

Learn how to register to vote and find the deadlines for voter registration in your state.

Use https://petitions.whitehouse.gov/ to create or sign a petition, mobilize supporters and work with decision makers to drive solutions. Petitions that receive 100,000 signatures in 30 days will get an official update from the White House within 60 days.

There are also petitions circulating on change.org and other organizations' websites. Here are two petitions from Black Lives Matter: Demand more from the government and Demand racial data on coronavirus. 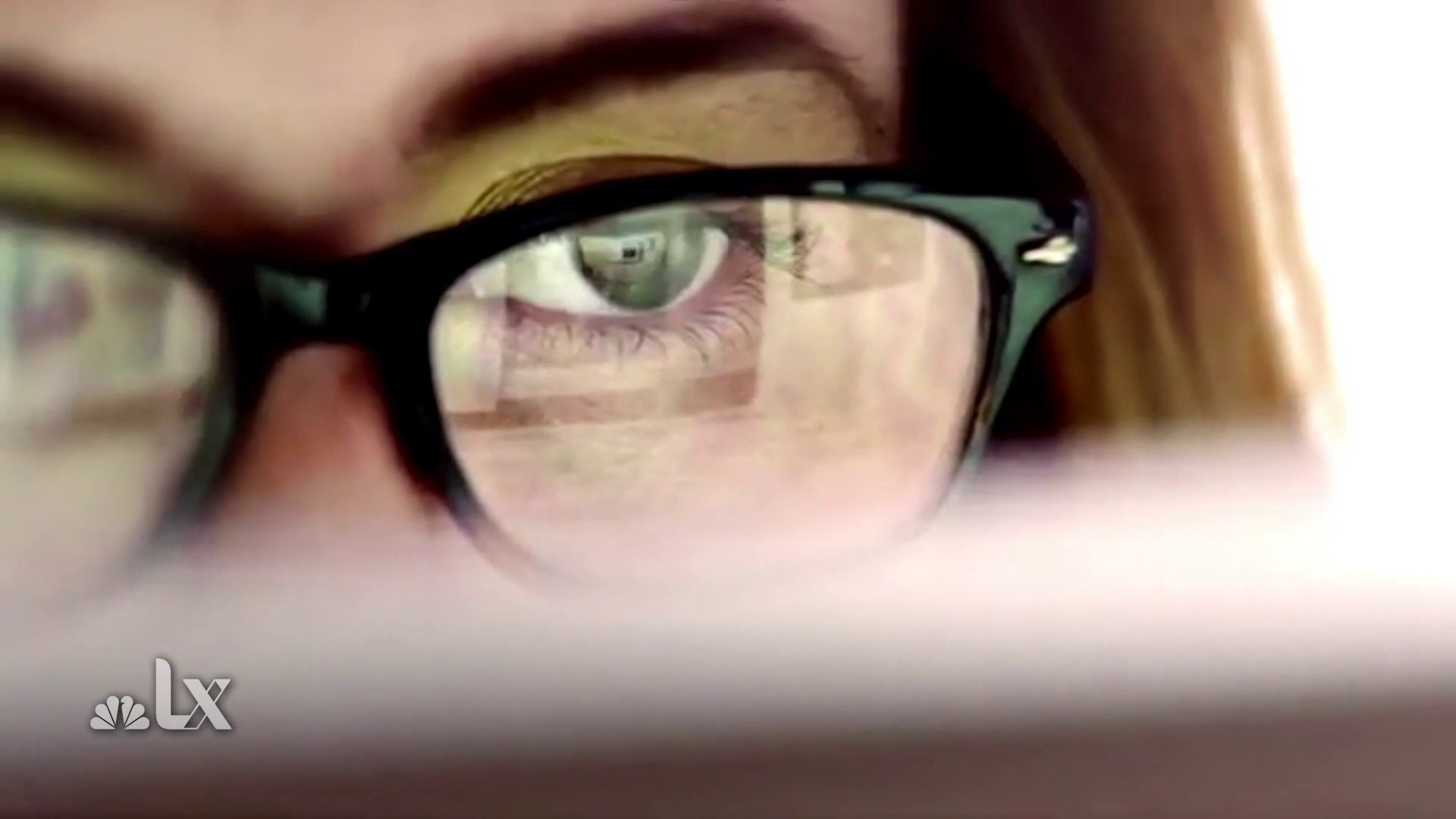 Mental Health Care: Finding Balance In a World of Uncertainty

One Twitter user has compiled a list of Black-owned businesses that were destroyed that you can help rebuild. Check it out here.

Here's a list of Black-owned businesses in Southern California.

Chef Ludo Fefebvre also shared a list of Black-owned restaurants in Los Angeles that you can support including Perry's Joint, Sugar Rush Bar and more. Click here for the full list.

L.A. Works has a list of Black led nonprofits and businesses.

Open Yale Courses offers free and open access to a selection of introductory courses taught by distinguished teachers and scholars at Yale University. The course "African American History: From Emancipation to the Present" examines the African American experience from 1863 to the present.

On June 2, MSNBC's Trymaine Lee hosted "Can You Hear Us Now," a conversation presented by NBC News NOW and NBCBLK. With the backdrop of protests across the country, Trymaine moderated discussions on race, what being Black in America means today and how America can help heal the divide. Watch the full special here.

On June 5, NBCLA's Beverly White brought together some of the leading voices fighting for real reform and solutions in the battle against racism. See the discussion here.

Talk about race with your children. It's a sensitive issue that shouldn't be avoided. Here's how experts suggest getting started.

L.A. Works has a list of upcoming volunteer opportunities that include volunteering as a legal observer at a protest and working as a medic to keep protesters safe and healthy.